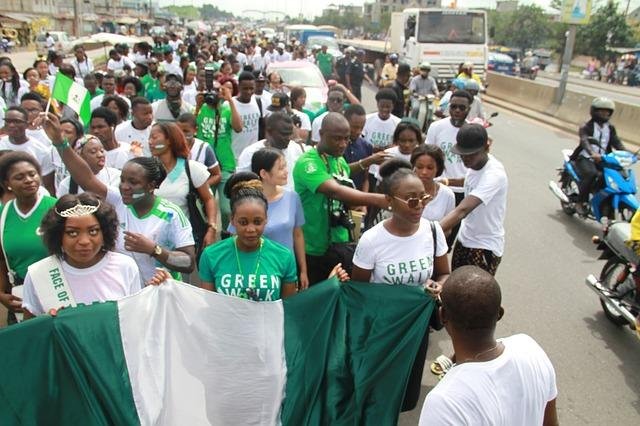 The absence of the two youth representatives serving in the Lagos Judicial Panel on EndSARS protest on Saturday stalled proceedings as the panel could not form a quorum.

Brig.-Gen. A. I. Taiwo was already on hand to give Nigerian Army’s testimony on the alleged shooting of peaceful protesters at Lekki on Oct. 20 but the panel failed to form a quorum.

NAN learnt that the two youth representatives – Mr Temitope Majekodunmi and Ms Olorunrinu Oduala – did not make an appearance at the panel on Saturday in protest against the freezing of Oduala’s First Bank account by Central Bank of Nigeria.

Oduala’s bank account was allegedly frozen on Nov. 6 over alleged sponsorship of the #EndSARS protests.

Justice Doris Okuwobi (retired), Chairperson of nine-member panel, said that due to the absence of Oduala and Majekodunmi, proceedings will not hold because the panel could not form a quorum.

She said: “We are confronted with a situation which prevented her from coming. We do not know if the two youth representatives will eventually pull out.

“We do not want a situation where proceedings will go on and it is impugned that with controversy due to a lack of quorum.

Justice Okuwobi stressed the importance of all the panel’s sitting being in accordance with the law.

“In all matters, we have to wait for them to join us, without them we are handicapped,” the retired judge said.

Reacting, Mr Akinlolu Kehinde (SAN), counsel the Nigerian Army, noted that the military were at the panel in response to a summons dated Oct. 28 and asked the panel when the military should return to give evidence.

Mr Kayode Enitan (SAN), counsel for the Lagos State Government, aligned with the submission of the counsel for the Nigerian military. He however noted the importance of a quorum.

“The issue of quorum is of utmost importance as to the competence of the panel to proceed and as to the integrity of recommendations to be made at the end of proceedings.

“Therefore, the directive that the panel should adjourn is quite appropriate,” the LASG counsel said.