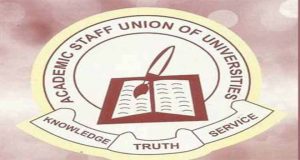 The leadership of Academic Staff Union of Nigeria, ASUU, Owerri Zone, has accused the Federal Government of fighting the Union with hunger by stopping its salary.

It also alleged that the government was idling away the time and future of Nigeria, while the current crisis is deepening.

The Zonal Coordinator, ASUU Owerri Zone, Comrade Uzor Onyebinama, who made the accusation at a press conference also disclosed that the struggle is in its eight-month.

In his words: “The Integrated Payroll and Personal Information System, IPPIS, has become an obnoxious instrument for stripping the governing councils of universities of their powers, responsibilities, as well as removing the hard won autonomies of universities.

“The issue of autonomy is critical to the survival of our universities, as institutions for intellectual freedom and development of our dear country.”

After reading out the Universities Miscellaneous Act, Onyebinama said: “In the light of the provisions, the purported directive of Mr President and the subsequent circulars to the Vice Chancellors on enrolment on IPPIS, the compulsory migration of academic staff to IPPIS, using the seizure of salaries as a hunger weapon.

“The compulsory change of effective date of annual salary increment of salaries of academic staff, from October 1, to January 1, are, by this provision, illegal, null and void.”

On the issue of alleged payment of salaries to ghost workers, ASUU insisted that they were paid and received by someone, who definitely is not a ghost.

“We challenge the Accountant General of the Federation to, as a matter of urgent national importance, release with immediate effect, the names and amounts previously paid to each and every one of the over 60,000 ghost workers, eliminated as at 2014, and subsequently, and also show evidence of recovery and prosecution of the ghost workers.”