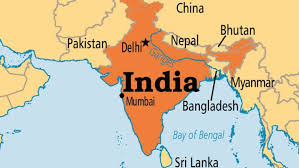 The death toll from the novel coronavirus pandemic in India has surpassed 20,000 amid huge daily spikes in infections as the  country introduces further relaxations to its protracted lockdown.

The rate of new infections as well as deaths has been rising at the fastest pace after India started easing its lockdown since mid-May, with resumption of domestic flights and train services and reopening of offices and marketplaces.

Authorities reopened major monuments across India for visitors from Monday.

On Monday, India had surpassed Russia as the country with the third-highest coronavirus caseload in the world.

India is now behind the U.S. and Brazil; however, it has relatively fewer fatalities.

It is ranked at number eight globally behind the U.S., Brazil, Britain, Italy, Mexico, France and Spain.

Health officials said the number of deaths could rise significantly in the coming weeks with the record rise in infections.

The western state of Maharashtra, which has the country’s financial hub of Mumbai as its regional capital, is the worst-hit by the pandemic in India, with 211,987 infections and 9,026 deaths.