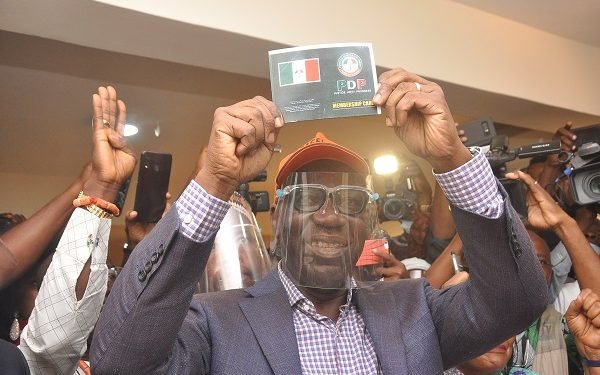 The Federal High Court sitting in Port Harcourt, Rivers State, has struck out the suit, which barred the Edo State Governor, Godwin Obaseki, from participating in the governorship primaries of the Peoples Democratic Party (PDP) scheduled for June 25.

The court presided over by Justice Emmanuel Obile took the decision following a successful out of court settlement by all the parties.

One of the PDP aspirants, Mr. Omoregie Ogbeide-Ihama, was said to have struck a deal with Obaseki and other PDP leaders and immediately instructed his lawyers to withdraw the suit.

The court had earlier stood down the matter for three hours following appeal by the lawyer to the plaintiff, Ferdinand Orbih that they should be given a brief period to explore an out of court settlement.

The judge while ruling on a motion exparte on Tuesday granted an order restraining Obaseki from participating in a primary election of the PDP following the determination of a suit filed by Ogbeide-Ihama.

But at the resumption of proceedings for accelerated hearing on Wednesday, the lawyer to Ogbeida-Ihama told the court that there were moves by the parties to settle the matter outside the court.