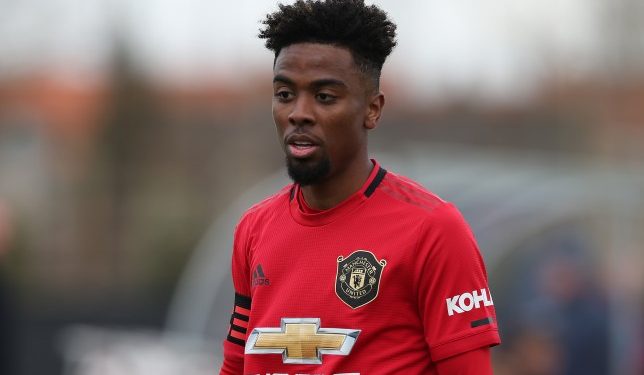 Manchester United youngster Angel Gomes yesterday  gave  insight  about  his encounter with Nigerian pastor T.B. Joshua at The Synagogue, Church Of All Nations in Lagos, urging people to concentrate on ‘more important issues’ after a video of his visit resurfaced on social media.

Gomes’ future has been the subject of widespread speculation, with his contract due to expire at the end of the month, but the 19-year-old has made headlines for a very different reason this week.

Back in 2016, Gomes made a trip to see pastor T.B. Joshua and footage of his experience began doing the rounds on Monday evening.

In one of the clips, the England youth international, then aged just 16, explained that persistent injury problems were the reason for his visit :“I’ve been struggling with injuries. I was having injuries around my hip and groin which was affecting me playing and I also suffered an ankle injury which was affecting me playing and kept me out for a long time,” he said in the video.

Gomes admitted  yesterday that the footage might look ‘crazy’ but stressed that he should be able to practice his faith however he wishes.

Related Topics:Man United starlet opens up on TB Joshua
Up Next

All Champions League knockout games to be played in Lisbon