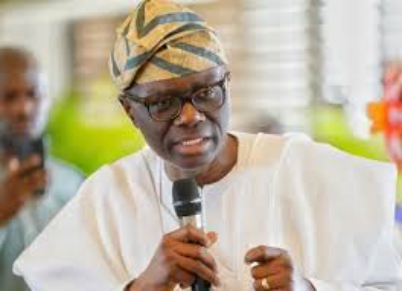 Lagos State Governor, Mr Babajide Sanwo-Olu has expressed sadness over the sudden death of Sen. Sikiru Adebayo Osinowo, who passed away on Monday at the age of 64.

Osinowo, who died after a brief illness, was representing Lagos East Senatorial District at the Upper Chamber of the National Assembly.

He said Osinowo’s death came at a time when the state and indeed the entire nation had just started benefiting from his wealth of political and administrative experience.

The governor said that Osinowo’s demise had thrown the state into mourning.

He urged Lagos residents, whose interests the late lawmaker represented at the National Assembly, to use his death as a reminder that the battle against the ravaging coronavirus pandemic was far from being won.

”The death of Sen. Osinowo is painful. He died at a time when we have just begun to consolidate on our successes and see a ray of hope in our fight against the COVID-19.

”We must not allow his death to deter us from forging ahead in our quest to finding a lasting solution to the dreaded disease.

”I am saddened by the death of this fine gentleman; a loyal party man,” he said.

Related Topics:Sanwo-Olu expresses sadness over Sen. Osinowo’s death
Up Next