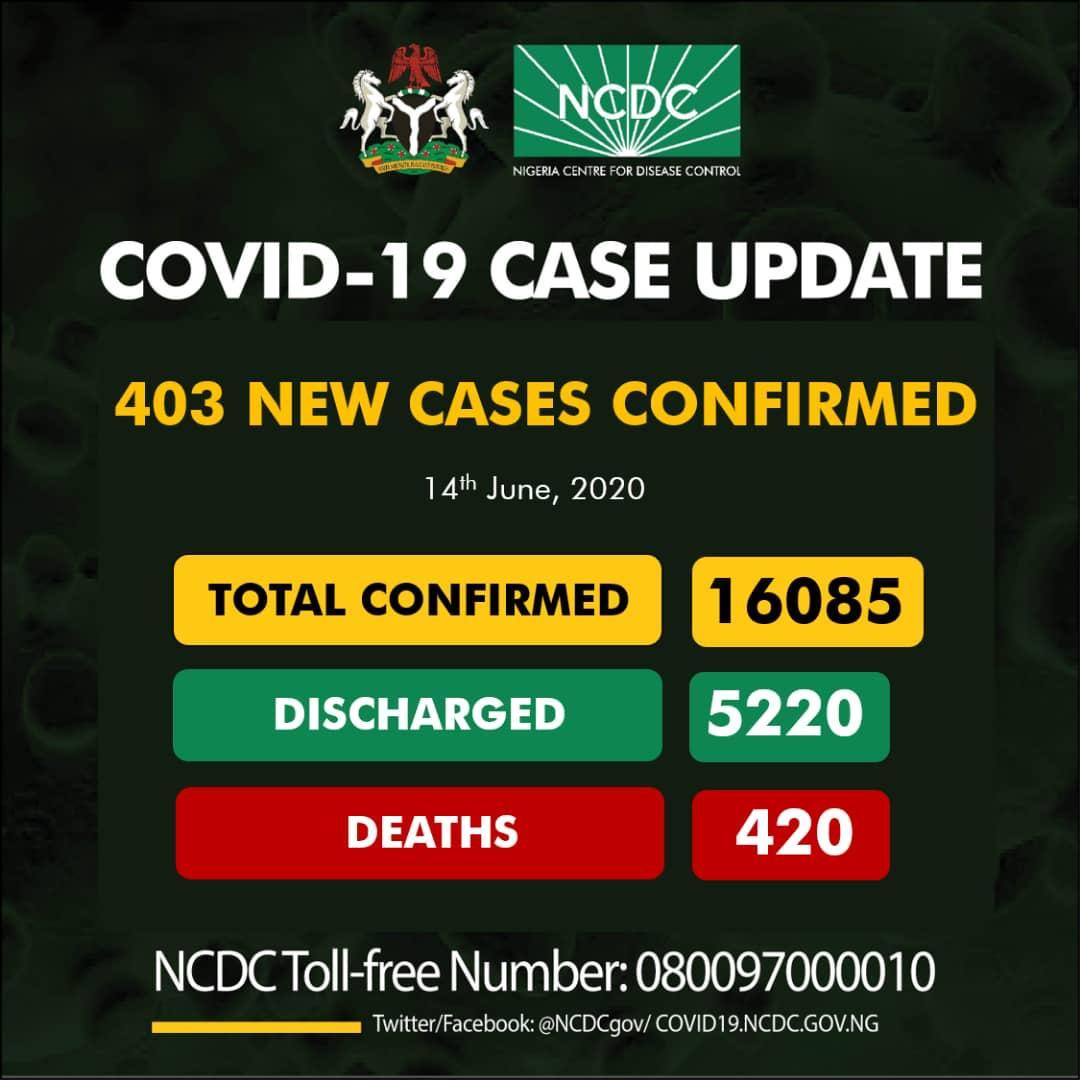 The Nigeria Centre For Disease Control (NCDC) announced this on its official Twitter handle.

It added that no new state had reported a case in the last 24 hours.

The NCDC said that Gombe State recorded 73 cases which was the highest number of infections for the day recorded.

It also said that 5,220 patients have been treated and discharged while a total of 420 deaths were recorded in 35 states and the Federal Capital Territory.

The centre said, currently, there is no evidence that pregnant women are at higher risk of infection or complications from COVID19.

The health agency, however, said due to changes that may occur during pregnancy, pregnant women are advised to reduce the risk of exposure by staying at home.

The centre said that the spread of COVID-19 has been linked to large gatherings.

“Please, do not attend any gathering with more than 20 people. When out, maintain 2m between you and the next person.

“You‘re putting lives at risk by attending concerts. Your life is in your hands. Take Responsibility,” it stated.