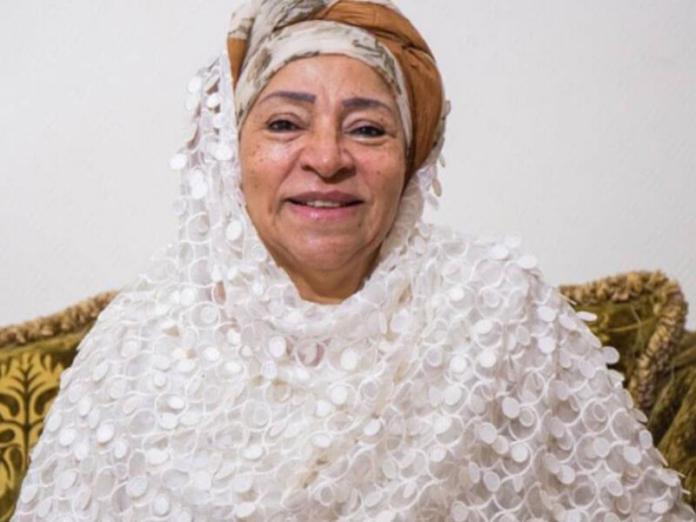 She told an online media, Kano Focus, from Dubai, where she is at the moment that though her husband was still loved and cherished by the majority of the people of Kano, the same cannot be said of the elites, who she claimed, had abandoned the family after the death of the General.

She reminded them that the late General Abacha was their son and was born in Sabon Garri-Kano, and later grew up in Fagge, one of the areas in the state capital.

“He has marks – Kanuri marks – but later chose to be a Kano man. He worked in Kano and he planted Kano people, but there are people he helped a lot that are not even greeting me now for no reason,” she lamented.

“They just hate us…but why? This is a very bad attitude, but Allah is watching,” she lamented.

On the looted funds linked to the former Head of State, she said:  “How come the man was not a thief until he died?

She recalled that her late husband was a four-star General, who had reached the pinnacle of his military career before becoming the Head of State.

She added that the five years of his leadership of the country should not overshadow the rest of his contributions to the nation, starting from his contributions during the Nigerian Civil War to his position as the Minister of Defence.

Hajia Abacha was optimistic that the truth would eventually prevail one day, adding that “if he had done wrong, God knows. If other people are putting the wrong on him, it is a matter of time.

“They will kneel down like America is kneeling down now, anybody that is evil would knee down.”

The former First Lady advised Nigerians to value, respect and love their leaders like is done in other countries.

She lamented that in Nigeria, no matter how hard you worked and take care of people, it is just a matter of “you are not a good person.”

She also called on Nigerians to learn to love, respect, tolerate and value one another, urging parents in the country to teach their children to accept and understand the different cultures and religions of the country.

She said that the different groups that make up Nigeria should come together as a family of human beings, not as Fulani or Hausa, Igbo or Yoruba or Arab.

Related Topics:Kano elites betray my husband - Maryam Abacha
Up Next

One dead in soldiers’ attack on COVID-19 committee in Borno