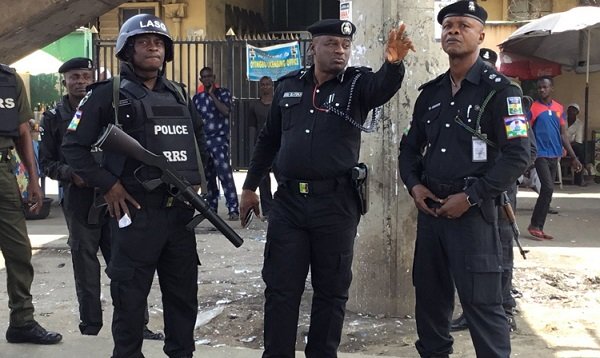 Seven suspected armed robbers were shot dead in a gun duel with policemen during a robbery operation on Makurdi-Lafia Road on Friday.

The Police Public Relations Officer (PPRO) Kate Anene, a DSP, while parading the bodies of the robbers with the arms and ammunition recovered from them at the police headquarters in Makurdi, told newsmen that the deadly gang had been terrorising commuters on Makurdi-Lafia highway where they usually mounts road block and rob people.

DSP Anene recalled that on June 4, 2020, the robbery gang killed an Inspector of Police by the name Boniface Odeh at a checkpoint and made away with his AK47 riffle.

The Police spokesperson said a team of police crack squad was detailed to go after the armed robbers terrorising commuters on the highway.

“However, at about 4:40 pm yesterday, police received information that some armed robbers were operating on the same highway.

“The team of police officers led by OPERATION ZENDA, Benue police crack team swiftly moved to the scene and met the hoodlums dressed in military camouflage and police uniforms.

“They engaged the police in a gun duel that lasted about 20 minutes. In the process, seven   of the armed robbers sustained various degrees of bullet wounds and were rushed to the Benue State University Teaching Hospital where they were confirmed dead”.

Related Topics:Police kill 7 suspected robbers in Benue
Up Next