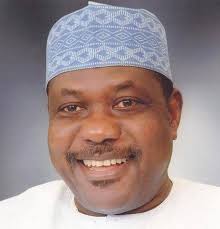 Our attention has been drawn to a number of newspaper publications to the effect that the Tiv Traditional Council has summoned the Honourable Minister of Special Duties and Inter-Governmental Affairs to appear before it and answer charges of alleged insults on the Tor Tiv.

In this write up, I am not holding brief for the Honourable Minister of Special Duties and Inter-Governmental Affairs, Senator George Akume.

I will only go back a little bit to trace the root causes of incessant clashes between the Tor Tiv Institution and political office holders in Tiv land. In the first place, the two positions, that of the Tor Tiv and political leadership fights for acceptability and popularity among the Tiv people. In the first Republic late Senator J.S Tarka had disagreements with the then Tor Tiv (Mallam Gondo Aluor ) because while the majority of the Tiv people followed J.S Tarka into his United Middle Belt Congress(UMBC), the Tor Tiv was perceived to be an ardent follower of the ruling party the Northern People’s Congress (NPC).

In the second Republic, such clashes were minimized probably because the Tor Tiv Orchivirigh Akperan Orshi being an experienced lawyer and a seasoned administrator balanced up very carefully between J.S Tarka, Aper Aku of the ruling party (NPN) and the opposition leader at the state Mr. Paul Unongo of the Nigerian Peoples Party(NPP).

In this Republic, the Tor Tiv is unluckier. He is controlled by a seemingly unpopular Government at the State level which is pitched against the popular leadership of Senator George Akume, who is Minister of the Federal Republic of Nigeria.

It all started during the electioneering campaign. The PDP hinged its campaign on the Fulani herders / Tiv farmers attack and also maligned the presidential candidate of the APC Muhamadu Buhari as been the master-minder of the killings.

Because of his awkward position, the Tor Tiv was perceived wrongly or rightly, siding the PDP why Akume and APC were of the view, that the matter could have been resolved without making it a political issue. This was the beginning of the present love lost. The popular thinking in the political circles of Benue State is that, following the formation of the Federal Government by the APC, everyone in the State is jostling to have the attention of the Federal Government of President Mohammed Buhari. This writer discussed with a number of Tiv Traditional Council members who reliably informed him that the meeting in Gboko was a Kangaroo meeting as most of the first class, second class and even the Tor Tiv himself was not in attendance. Other sources had it that the meeting was masterminded by Tor Kwande, HRH Ambrose Pinne Iyortyer and staff of the Tor Tiv palace. The meeting was basically meant to embarrass the Honourable Minister. This action has done nothing but brought anger and anguish against the Tor Tiv institution by the Tiv people and quite a number of them called on the Tiv Traditional Council to tender an unreserved apology to Senator George Akume.

A prominent member of the Tiv Traditional council opined that, if the Tor Tiv felt insulted by the Distinguished son of Tiv land, the correct thing to do was for him to report to Tor Jemgbar and Ter Mbakor to caution their son in order to settle the matter amicably.

Today, Tiv land is divided over this issue, but the bulk of the people no doubt, stand with Senator George Akume.

Senator George Akume has climbed the political ladder very steadily. After a distinguish Career in the Civil Service, he was elected Governor of Benue State for two terms, served as Senator for three terms and now Minister of the Federal Republic of Nigeria, as well as undisputed political leader of Benue State.

Many people in the opposition are irked by this appointment as they rejoiced after the election that they had retired him from politics, having rigged him out of the Senatorial election.

Senator George Akume CANNOT be wished away from Benue politics. No doubt the present barking against Senator Akume is a continuation of the orchestrated evil plans against APC before the election.