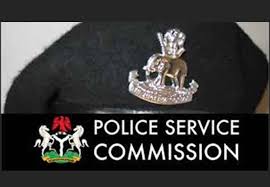 The new DCP was in charge of operations in the state Police Command.

The state Commissioner of Police, Mr Usman Nagogo disclosed this while decorating Mr Muhammad-Lawal with his new rank of DCP at state police headquarters in Gusau on Wednesday.

Nagogo said Muhammad-Lawal’s promotion was as a result of his performance in the fight against insecurity in the state.

“The officer has been in Zamfara for several years, he has contributed to the fight against security challenge in the state.

“The PSC and Inspector General of Police (I-G), Mr Muhammad Adamu recommended his promotion to the rank of DCP,” he said.

The newly decorated DCP promised to continue to be dedicated to his duties in line with the Constitution of the Federal Republic of Nigeria.

“On behalf of my family, I thank the PSC and the I-G for recognising my efforts in the service of the Nigeria Police Force,” Muhammad-Lawal said. NAN

Related Topics:Police Service Commission
Up Next