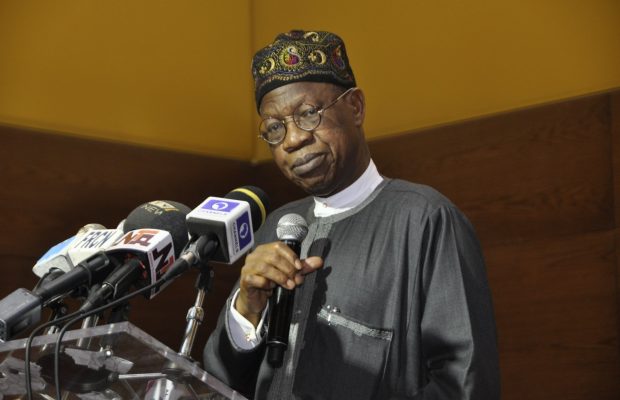 The Minister of Information and Culture, Lai Mohammed, has revealed on Wednesday that some West African countries were cheating Nigeria, noting that the benefits of border closure surpasses the little increase in inflation.

Mohammed disclosed this at the end of the Federal Executive Council (FEC) meeting in Abuja.

“The border closure frankly speaking is what we needed to do and we had to do it. We cannot continue to subsidize the rest of West Africa.

“And the benefit for border closure for me, I think far surpasses the very little increase in inflation”, he said.

The minister noted that Nigeria had been able to save about 30 per cent from fuel consumption following the closure of the border.

“Within the last three months we have been able to increase by 15 per cent duties collected from import.

”Within the same period and this is very important, we have been able to drastically reduce the volumes of arms and ammunition that have been coming into the country through smuggling, ditto with illicit drugs.

“All Nigeria is saying, please let’s respect the protocol on transits.

”ECOWAS set up a protocol on transit goods which is very simple, if a container meant for Nigeria is dropped in Cotonou, the authorities in Benin Republic should escort the container to customs in Seme border, and that way proper duty will be levied and will be paid.

“But on the contrary, what we have seen happening and the protocol said, you cannot break the seal, you cannot open the container.

”But what has been happening over the years is that our neighbours, will translate the container, put about five containers on one truck and drive it to the border as if it is only one container that they are going to pay duties on.

“Worse still, less than even 50 per cent of what is meant for Nigeria will come through the approved border.” Daily Post