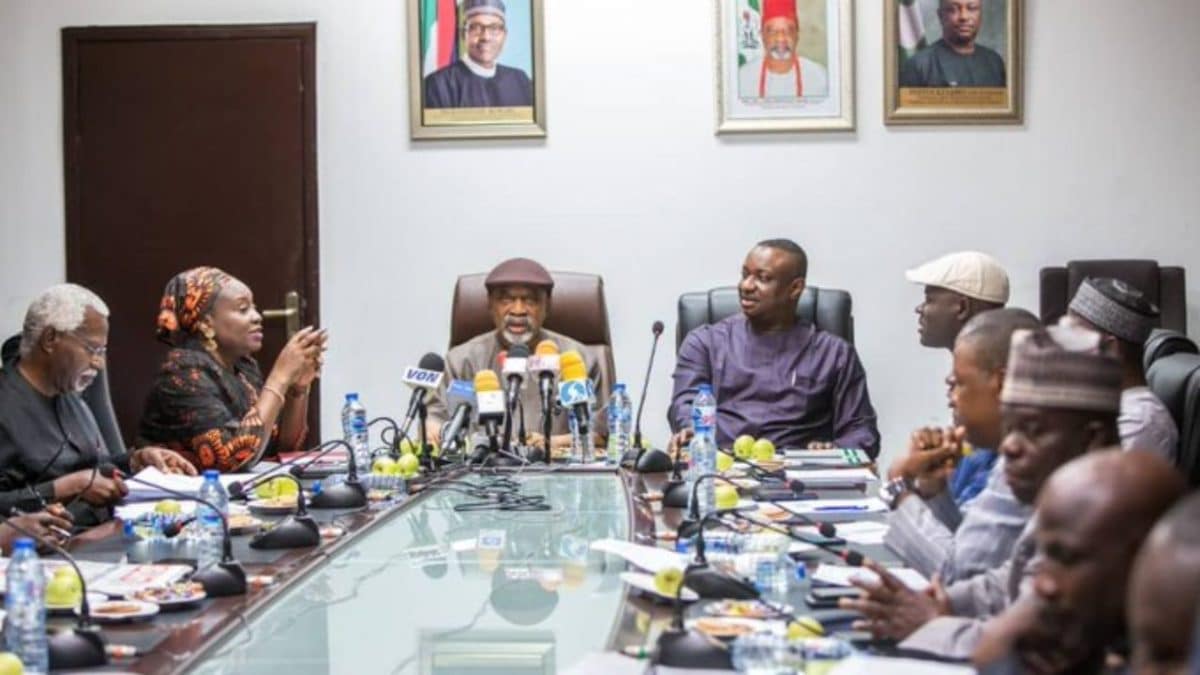 Following three days of negotiations by Government and the organised labour on the consequential adjustments of the implementation of the new minimum wage of N30,000, both parties have finally reached an agreement.
The Conciliators to the agreement are Minister of Labour and Employment, Dr Chris Ngige and his state counterpart, Dr Festus Keyamo.

Speaking at the meeting, NLC President, Mr Ayuba Wabba, said that the organised labour would continue to be open-minded and would keep up with the principles of collective bargaining.

“We on this side of the table we are ready to ensure that we bring the entire process to a conclusion.

“In the normal practice of Collective Bargaining, you look at issues from both sides, you look at the situation with workers, vis a viz their pockets and what will make the workers happy and very productive.

“If wishes were horses, we would have wished that this entire negotiation was concluded yesterday,” he added.

The agreement which was contained in a communique signed by both parties, reads, “Following the threat by Organised Labour not to guarantee industrial peace after Wednesday, October 16, 2019, as a result of the deadlock in the ongoing negotiation on the Consequential Adjustment of emoluments in Federal Government Ministries, Departments and Agencies (MDAs) arising from the New National Minimum Wage of Thirty Thousand Naira (N30, 000.00) as imbued in the National Minimum Wage Act, 2019, the Honourable Minister of Labour and Employment in exercise of his powers under the Trade Dispute Act, CAP T8, Laws of the Federation of Nigeria (LFN) 2004, apprehended the trade dispute and called the parties to conciliation meetings.

“He met each of the Joint National Public Service Negotiating Council (JNPSNC) on Wednesday, 9th October and Monday 15th October, 2019. Thereafter, joint meetings were held on 16th, 17th and 18th of October, 2019, after which the following Terms of Settlement and Agreement pertaining to the Minimum Wage Consequential Adjustments in the Public Service were reached.