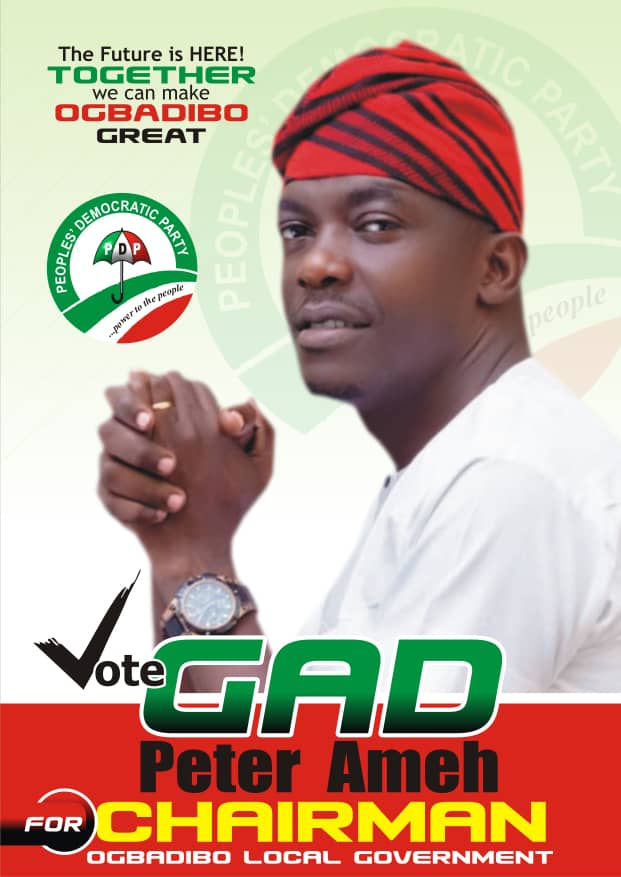 Gad made the declaration after the council chairmanship seat was officially zoned to Owukpa during a meeting of Ogbadibo Peoples Democratic Party (PDP) caucus on Tuesday in Otukpa, the Council’s Headquarters.

Earlier on Sunday, Owukpa Community stakeholders had met in Otukpo and unanimously zoned the seat to Itabono Ward 1 in recognition of the Community’s existing zoning system.

Afripost also recall that the State Governor, Dr Samuel Ortom had declared to Local Government Party Executives in the state that there should be no ‘anointed candidate’, instead recognised party zoning should be followed for the existing peace to reign at all levels.

The development worker while soliciting the support of the party and the entire good people of Ogbadibo, expressed optimism that, if given the mandate, the Council would be great again.

“The task of making Ogbadibo great again is our collective responsibility. Join me and let’s do it together,” he appealed.

The former House of Assembly aspirant said passion to change the narrative in the council brought him home from his national and international engagements.

“I am comfortable where I have been but am home to make positive imparts in the lives of my people. Struggle for people’s well-being has been part of my life and this time, I want my people to also benefit, even more.

“My manifestoes include but not limited to security, health, education, rural electrification, women and youth empowerment. I will ensure that my people are secured; every community will proud of, at least, a functional health centre; dilapidated public schools will be renovated and out-of-school children returned to school; anywhere ballot boxes and papers can get to will also be electrified and, of course, women and youths will be empowered through my proposed ‘operation do something’.