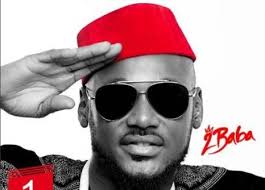 Exactly on September 17, about 20 years that the afro beats legend, Innocent Idibia, popularly known as 2Baba, had his first hit record. The artiste, who is planning a concert to celebrate this milestone, unveiled a boy band this week, which he announced would perform at the event.

Members of the boy band are Okhiria Ayodele, Oche Peter, and Osaentin Jonathan. They were announced as the winners of the ‘Next Up’ talent search which ran from August 30 to September 9.

According to 2Baba, who said in a chat with journalist on the same day, that he has consistently been at the top of the Nigerian music industry and can be considered a top 10 great, the boy band will not be a group, but individual acts coming together to make music and then disperse once the purport has been achieved.

He also explained that the concert, ‘20 Years A King,’ is a celebration of two decades since he scored his first hit single ‘Knock Me Off’ as a member of the now-defunct Plantashun Boiz in 1999.

“It’s 20 years since I had my first hit record. Since then, I have consistently been at the top of the Nigerian music industry and I can be considered a top 10 music artiste in Nigeria,” he noted.