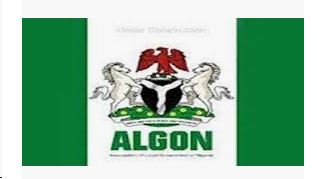 The Association of Local Governments of Nigeria (ALGON) has denied the removal of its national president, Hon Kolade David Alabi from office.

In a rejoinder made available to Journalists by the national deputy president of ALGON, Hon Mohammed Aliyu stated that he was not at the purported “National Executive Council (NEC) meeting of September 6, 2019 held at NICON HOTELS” and could not have been part of the plot to ridicule an established body like ALGON.

“I never heard nor was I invited/informed about their scandalous intention. I affirm my loyalty to the body of ALGON and particularly to my National President, Hon. Kolade David Alabi and the entire leadership of ALGON as constituted on March 28th, 2019.”

“I write to categorically state that no such meeting was held. As the secretary general of the Association, the responsibilities of processing the convening of such a meeting is vested on me or delegated by me and neither of the two happened. It is therefore rather unfortunate that some mischief makers claimed that such meeting took place.

“I therefore call upon the general public to regard the information as false. Hon Kolade David Alabi is still the incumbent national president of ALGON. I urge ALGON staff to guide against false information and remain loyal to the leadership of ALGON headed by the national president, Hon Kolade David Alabi as constituted on March 28th, 2019,” she wrote.

ALGON said this in a statement signed by its National Publicity Secretary, Mr Andrew Alu in Abuja. According to him, David is not a chairman of any of the recognised 774 local government areas in Nigeria as enshrined in the 1999 Constitution as amended.

“By these resolutions of the highest body of ALGON, David is to handover the
whole affairs of ALGON activities to Aliyu as the new national president of ALGON,” he said