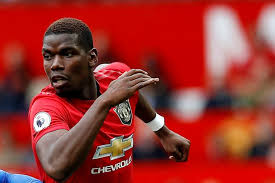 Pogba, who was subjected to racist abuse after missing a penalty against Wolves on Aug. 19, wrote: “My ancestors and my parents suffered for my generation to be free today, to work, to take the bus, to play football.

“Racist insults are ignorance and can only make me stronger and motivate me to fight for the next generation.”

United manager Ole Gunnar Solskjaer condemned such abuse after Marcus Rashford became the second player in the team to have been subjected to racism in a week, following a 2-1 defeat to Crystal Palace, in which the 21-year-old also missed a penalty.

“It’s the same as we spoke about before the weekend; it needs to stop,” Solskjaer said at a news conference.

“I’m just lost for words. They keep hiding behind fake IDs and it’s crazy we talk about this in 2019.”

United have launched an investigation into the incidents and have promised to take “the strongest course of action” against anyone found to be involved.

Pogba and Rashford’s United teammate Juan Mata also spoke out against the abuse, telling ESPN FC in an exclusive interview: “It’s not something we should be speaking about, because it should have been eradicated a long time ago.

“It’s a problem. Unfortunately some people do that and it needs to stop. It’s cowardly to do it that way, because no one can see you. It’s not nice.”