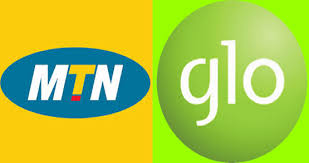 There was panic yesterday in Yenagoa, the Bayelsa State capital, following the shutting down of the telecommunication masts belonging to the MTN and Globacom telecommunication companies causing disruption in business transactions in the state.

Hundreds of bank customers and residents were stranded without access to mobile telecommunication services for six hours.

It was gathered that a Task Force of the Ijaw Youths Council (IYC), Central Zone, had in the early hours of yesterday raided and shut down facilities belonging to telecommunication companies in Bayelsa State following unresolved disputes on awards of quick-win contracts.

The task force, which was set up by the IYC zonal chairman, Kennedy Olorogun, picketed facilities belonging to MTN, GLO, Airtel, 9Mobile and other telecommunication companies across Yenagoa metropolis.

Hundreds of the youths stormed the 10 telecom masts and disconnected them, leaving subscribers stranded and the affected companies losing millions of Naira.

The youths, who chanted solidarity songs, said they would no longer allow the companies to continue with the practice of awarding their jobs to only non-indigenes especially contracts to supply diesel to their facilities.

The Olorogun-led IYC has been at loggerheads with telecom companies operating in the state following discoveries by the council that the firms engaged only non-indigenes in their jobs and contracts.

IYC wrote many letters to the management of the telecom companies on the need to correct the imbalance insisting that the council would no longer tolerate the companies’ practice of outsourcing diesel supply to only non-indigenes in the state.

Following lack of responses to all the letters, Olorogun in separate letters issued 14-day ultimatum to the companies to act or risk disruption of their operations in the state.

Olorogun said the picketing occurred because the ultimatum expired about three days ago but the companies failed to act to avert the threat.

He said: “The companies were playing with us. They failed to act. Instead, they wanted to bribe me but I am not the kind of leader that collects bribe. We want them to do the right thing. They should address the issues. We are hosting their facilities. They can’t be giving all their jobs to outsiders”.

He warned that yesterday’s action was a tip of the iceberg adding that massive disconnections would hit the companies if they failed to address their grievances.

Shortly after the picketing, communication network failures were recorded in most parts of the capital city as subscribers living in the affected areas could no longer make or receive calls.

In one of the letters sent to the MTN Telecommunication Company, Bayelsa State branch, Olorogun reminded the firm of previous correspondences indicating interest of IYC to be part of some of its empowerment schemes.

Addressing MTN, the letter said: “The council is aware that it is non-indigenes that are doing all the jobs and supplies in the company.

“The desire of the council to be a partaker in the economic opportunities in your company such as the supply of Automotive Gas Oil (AGO) popularly known as diesel and other basic and fundamental supplies going on in your company are legitimate demands that ought not to be contentious.

“These are embedded in your corporate social responsibility to your host communities and area of operations in line with the Local Content Act 2010. The pecuniary benefits derivable from these economic opportunities would assist the council to organise workshops, seminars and assist indigent members of the council.

“Having discovered that you have elected to treat our request with disdain and your hostile disposition to our peaceful approach is standing as an obstacle towards any meaningful engagement with you”.

…Plan To Place Forex Restriction On Dairy Products, A Good One – Experts