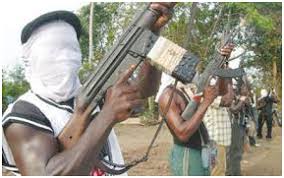 An expatriate engineer working for Al Majdal Construction Company in Akwa Ibom State who was kidnapped last week has been freed and his abductors arrested by the police in neighbouring Rivers State.

The engineer, whose nationality is yet to be ascertained, was abducted while two soldiers were killed by gunmen at a road construction site in Ikot Ibritam, Inen Ekeffe-Ikot Akpan-Afaha Ukanafun local government area of the state.

It was  gathered that the incident occurred when the engineer was on a routine inspection at the road construction project site awarded by the Akwa Ibom State government.

An eyewitness told our correspondent that after the expatriate had spent 18 days in the kidnappers’ den, he was released last Friday night at the same spot where he was abducted.

“About 8pm last Friday, the hoodlums brought him (the expatriate) from the creeks in a speedboat.

They blindfolded him and dropped him at the same spot he was kidnapped. He then called their project office in the community before he was picked up by heavily armed soldiers for treatment,” the eyewitness said.

The clan head of Inen, the boundary community between Oruk Anam and Ukanafun where the incident occurred, His Royal Highness Obong Johnson Obosi, confirmed that the abducted expatriate had been released by the abductors.

He said, “Yes, the chairman of Oruk Anam local government, Prince Ubong Idiong, called me this morning, informing me that the abducted expatriate had been released by the abductors.”

Obosi said although the expatriate had been released, the council of chiefs would not rescind its decision to use traditional means of invoking native injunction against the perpetrators of the crime, “so that the government can continue the development projects in our community with confidence.”

“Despite that the abductors have freed the expatriate; we will still meet tomorrow to explore traditional means by invoking native injunctions against the gunmen and their collaborators so that the government will continue in the development projects in our community,” he added.

The monarch disclosed that four persons have been arrested in Port Harcourt, including the son of a village head, in connection with the kidnapping of the expatriate.