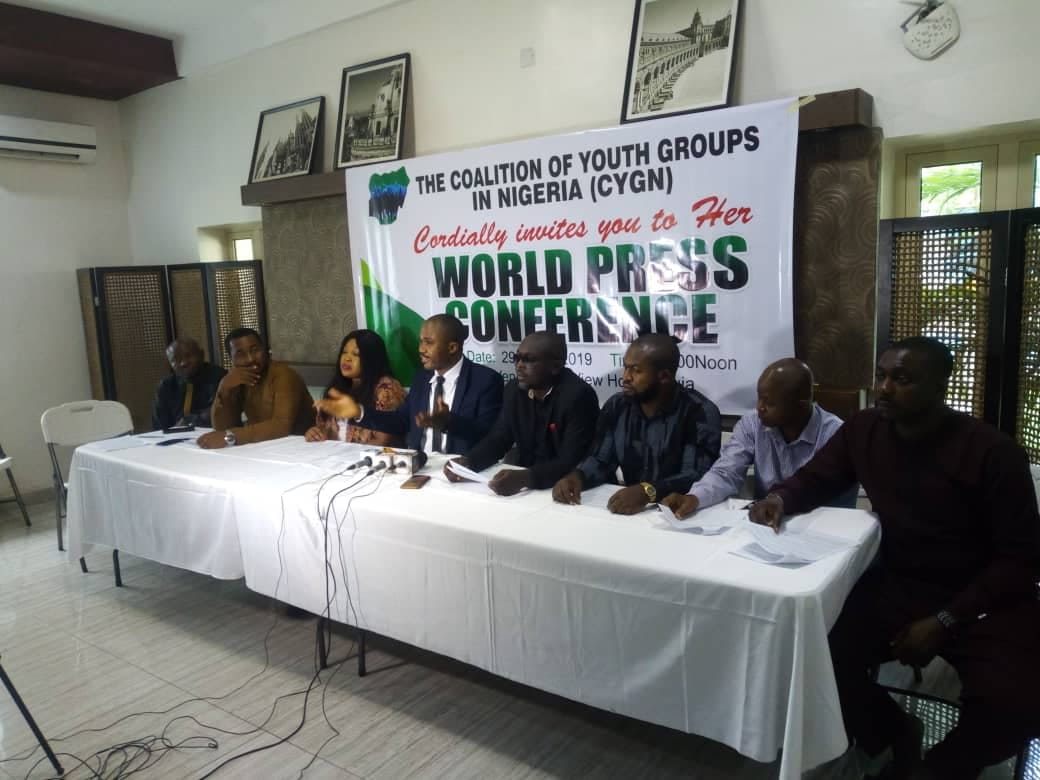 The Guardians of Democracy and Development in conjunction with Coalition of Youth Groups in Nigeria (CYGN), The Arewa Youth for Peace, Oodua youth League,  South East Patriotic Front and United Middle Belt Development Forum has commended  President Mohammed Buhari for appointing credible Nigerians as ministers, especially, the nomination of Sen. George Akume as Minister to serve in  the Federal Cabinet.

Speaking on behalf of the group, comr. Solomon Adodo, during a world press conference told Journalists in Abuja that, ‘judging from the stellar track records and antecedents, we are sure that Akume’s appointment will add value to the administration of President Muhammadu Buhari in the light of his vast experiences.’

“As a collection of nationalist and pro-democracy groups in Nigeria which has monitored our democratic voyage vis-à-vis good governance indices, we can boldly state that contrary to the impression that President Buhari’s cabinet is made up of only politicians, the likes of Sen Akume we know are coming with decades of rich experience as a civil servant, administrator and legislator. We also have confidence that the blend of his knowledge will be a sure plus in any Ministry he would be assigned to take care.” He noted.

Stressing that Sen. Akume, having served in the civil service and rose to become a permanent secretary before retiring to venture into politics. In politics, he was Governor of Benue State for two terms. It is on record that the infrastructure development the state witnessed during his era remains unbeaten. The state university teaching hospital, Judges Quarters, State Legislators quarters, Makurdi industrial layout, massive land reclamation and erosion control projects, owner occupier housing estates amongst several other projects that stand today as landmarks in the state were executed by Sen Akume.

The group emphasis that Senator Akume who had served for three terms, shows his level of patriotism. He was counted as one who supported national unity and development. He also proved to be a worthy Party man. Therefore, it is not out of place that President Muhammadu Buhari has found him worthy for appointment as a Minister of the Federal Republic of Nigeria.

“A discerning assessment will show that Sen. Akume shares some similarities with President Buhari as he has not used the privileged offices he has occupied to amass wealth for himself.  It is on record that Akume remains one of the few former governors that has no allegations of corruption hanging around his neck despite the thick conspiracies by some political elites in his home state. As observers of public servants, we make bold to say Sen. Akume is a round peg in a round hole.

While applauding President Muhammadu Buhari for the speed and sensitivity put into consideration in selecting a Team he has steadfast confidence in, the coalition further expresses confidence that economic growth, national development and security will take the fore for the good of all in view of the rich mix of experienced leaders ,technocrats and patriotic politicians alike, who are sure to bring their best to the support Mr. President in the onerous but surmountable task of moving Nigeria to the Next Level.

Buhari’s  government having rescued Nigerian from the hard biting pangs of economic recession. The hopes and expectations of the Masses are high for economic growth and a sustainable livelihood, having  Sen. Akume as trusted Team member who can assist in ensuring that development percolates to the grassroots.