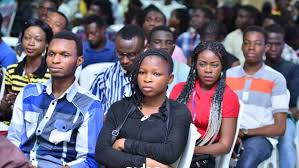 A non governmental organisation, Follow The Money, has commenced its campus tour with the University of Jos to start the accountability, transparency campaigns which is aimed at  puting  an end to corrupt practices in Nigeria.

The founder of the NGO, Hamza Lawal said every revolution in the world started from the accademic space, adding that the campus tour will take them to all the higher institutions in the 36 states  of the federation, including the federal capital territory(FCT).

According to him,  the aim of the tour is to give young people the right to information to hold their government at all levels accountable with the view to contribute their quota to nation building and enthrone good governance in the country.

Stressing that Follow The Money is an international NGO that is being supported by open society initiative for West Africa that  is hoped to empowered marginalized rural communities with access to information.

Lawal stressed that they create platforms between the government and the people;and  equip students and young people to increase demand in a constructive way of engaging the government at all level  to provide solutions to their problems which will in turn led to good governance and dividend of democracy.

In addition, Prestine Obadah, Plateau state’s coordinator said they commenced the campus tour from the University of Jos to enable students have the necessary information they needed to hold their elected representatives accountable.