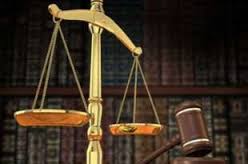 Magistrate J.O. Ayia, who did not take the plea of the defendant for want of jurisdiction, ordered the police to return the case file to the Office of the Director of Public Prosecutions.

The matter was adjourned until Sept 3, for further mention.

Earlier, the Prosecution Counsel, Sgt. Regina Ishaya told the court that the case was transferred from the Divisional Police Headquarters, ‘E’ Division, Makurdi to the state CIID, Makurdi through a letter for investigation.

The prosecutor said that in the letter, Mr Emmanuel Uwah of Graceland, Lafia, Nasarawa State reported at the ‘E’ Division Police Station, Makurdi that he was robbed while travelling from Makurdi to Lafia.

She alleged that the defendant while dressed in Military camouflage, shot at the complainant and stole his Techno Canon C9 handset valued N64,000.

Ishaya also alleged that the defendant stole power bank charger, cash sum of N7,000 and other valuable,” he said.

She said that Uwah was taken to a Specialist Hospital, Lafia for treatment.