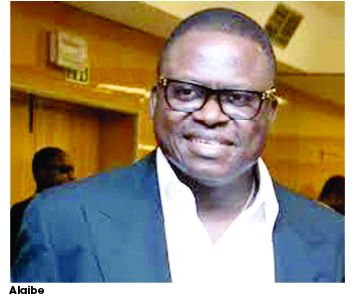 Former Managing Director of Niger Delta Development Commission (NDDC) Mr. Timi Alaibe has revealed why he is in the Bayelsa State governorship race under the platform of Peoples Democratic Party (PDP).

In an interview with The Sun, Alaibe reveals the reason behind his decision to run, his chances and other governance issues.

Many Nigerians will be wondering why your name has become a recurring decimal in the governorship race in Bayelsa State. What do you have to tell them?
There is no big deal about the fact that I have been in the race more than once. It is also true that sometimes, I had to step down for others. Anytime I did that it was based on certain political exigencies, because I believe that the party is supreme. So, when the leadership of the party says something, we have to abide by it.

How can one be sure that you will run this race to its logical conclusion this time?
The era of starting a race and not finishing it is over. It is different this time because on taking this decision to run for the office of governor, I have carried out extensive consultations with the stakeholders both at the state and national levels. I have consulted widely among the key shareholders of my party, the PDP, at both the state and national levels. I want to thank my governor (Governor of Bayelsa State, Henry Seriake Dickson) for receiving me with open arms back into the party. I am a foundation member of the party. I am also grateful to the former President, Dr. Goodluck Jonathan for the fatherly role he has played in the politics of our state. I can only say that I am humbled and overwhelmed at the magnitude of support I have received.

Governance at all levels is a very serious issue. Are you prepared to go the whole hog to deliver dividends of democracy to the people?
I have managed 155 local government areas before and I’m sure that managing eight (8) is not going to be a problem. I believe that with the wealth of experience garnered from both the public and private sectors, I will be able to bring them to bear in running the affairs of Bayelsa State.

What is you mission for Bayelsa State?
My vision for Bayelsa State can be summarised this way: I believe in a shared economic prosperity through government as a social investor and government as an enabler. My vision is to transform Bayelsa State to a centre of sustainable economic development, peace and prosperity. I intend, in my action plan, to focus on areas such as: economic development through emphasis on the development of a strong private sector; Education and Skills Development; Health, Housing and Urban Development; Critical infrastructure; Security, Peace and Social Harmony as well as Institution Building and Entrenchment of a culture of good governance and efficient service delivery. But more importantly, government will invite the private sector capital, experience and strategy for the implementation of critical infrastructure projects. This will promote accelerated economic development in the state.
We shall be focusing on tourism, culture, ecological remediation and flood control for the implementation of a Blue Ocean economy. As you know, Bayelsa State has the longest coastline in Nigeria. Therefore investments in the maritime sector will ensure sustainable economic growth. The Blue Ocean economic model will give rise to job creation and sustainable livelihoods without disruption of the ecosystem.

What are the components of this blue ocean economy?
Blue Economy means creation of wealth from the ocean. Like I told you earlier, Bayelsa State has the longest coastline in Nigeria yet there is no road infrastructure to the coastline. You cannot access the coastline by road. If we had, the calamitous situation in Apapa will not have been there because we would have had alternative ports. We will ensure that we build the necessary infrastructure including the Agge Deep Seaport in Bayelsa State. So wealth from the ocean needs to be harnessed because elsewhere, people create massive wealth from the ocean. We can’t have that natural resource and not utilise it. We would also want to develop infrastructure along our coastal to enhance tourism. You can see what is happening on Lagos. On weekend’s people troop to the beaches to have fun and through these economic activities, wealth is being created. People who are involved in shipping and other marine activities will be key players in the Blue Ocean economy. In trying to create wealth from the ocean, we must ensure that we do not destroy the ecosystem. We are talking about sustainable development projects

How do you hope to achieve this new economic development model?
I have a plan of action to cover some of these things that I’ve just mentioned. I will also be driving investment towards housing and urban development because we need to urbanise Yenagoa, our state capital. There will also be action plans that will involve peace and security as well as social harmony. We also have action plans that will involve the strengthening of our institutions, improve governance and efficient service delivery.
I will build on the great works that the current governor has done and consolidate on his achievements. He has done marvelously well especially in infrastructure development but there’s always room for improvement in any system. He has also done well in the health and educational sectors. In the coming dispensation, we need a leader with that kind of appreciation of project implementation, project management at the topmost level to be able to improve on what he has done. I think that I have those characteristics and capacity.

Beyond linking the coastline, would you also consider linking the various communities with Yenagoa, the state capital?
Of course, we have such plans. You know that I have done a lot on developing an Integrated Master plan on the Niger Delta. We will be reviewing the master plan for our state so that we can have an action plan for the implementation of such grandiose projects as linking up our towns as envisaged in an earlier plan. Some of the projects have started under the present administration and we will take off from where they stop. The present government has commenced the Torurua/Aleibiri/Ekeremor road and it is after you achieve that that you can link up Agge to the sea. So it is a work in progress and mine is to accelerate the process and ensure we achieve the goal. Like I said, the principal plank of my programme will be the Blue Ocean economy. So, I must accelerate in order to get to the ocean.

Over the years, Bayelsa has been one of the volatile states in the country. What are your plans to keep the relative peace there now?
You know me as a peace advocate. If you want to summarise Timi Alaibe, you know he’s a peace builder with a network spread across the local, national and international levels. You also know that I’ve got the goodwill and reputation. These are the things I want to bring to bear to support my state. We will be mobilising people and resources from both the public and private sectors as well as multilateral organisations. We must build on the legacies of the current government and also try to unite our people under the umbrella.

You’ve spoken glowingly of the current governor but there are insinuations that the governor is looking in a different direction for a successor. What is the true position?
But he has not said so. Where did you get that information? He has not said so. You know the politics in Nigeria and to some extent everywhere thrives on rumour. I think he (Dickson) has a very strong personality, he understands governance and I believe that if he had done that (choosing a preferred successor) people would have been talking about it. He carries everybody along.

Have you weighed your chances against the potentials of other aspirants?
There is no need for comparative analysis. I am coming into the race with incomparable wealth of experience both in the public and private sectors. I have never been a failure in anything I set out to do. And I will not fail my people as a governor. I am compassionate. I am a bridge builder. I am a peace advocate. I have strong leadership qualities. I am success story when it comes to managing human and material resources. I have a strong network of friends and partners to draw development ideas and resources from at any critical moment for the good of my state. These are what I am bringing to the table.

Related Topics:Bayelsa Guber Aspirants
Up Next

Kogi Guber Primaries: We Will Be Guided By Our Rules – APC