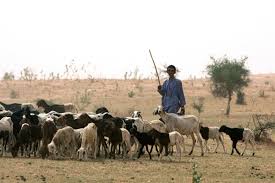 The Northern Elders’ Forum (NEF) had planned to meet with the Northern Governors’ Forum and the Coalition of Northern Groups (CNG) to address the raging controversy regarding the RUGA policy, which was recently suspended by the federal government.

Earlier,  it called on the federal and state governments to adopt policies and positions, which would finally address the harassment of Fulani and their cattle.

In a statement signed in Abuja, yesterday, deputy convener of the forum, Amb Yahaya Kwande, called on the nation to remain sensitive to its rising deficits in security of lives and economic assets, and to do everything possible not to escalate tensions and distrust among Nigerians.

While calling for restraint from all parties involved, the forum said: “Federal and state governments must adopt policies and positions, which address the harassment of Fulani and their cattle, de-escalation of inciting rhetoric and actions and short and long-term solutions to the problems which could damage the livestock industry, worsen community relations and threaten national security.

“The Northern Elders’ Forum has followed with keen interest, the raging controversy since the federal government hinted at moves to introduce a certain RUGA scheme. NEF has taken note of the steps taken by the federal government as well as diverse positions adduced by groups and interests from the South and those from Northern Nigeria.

“In particular, NEF has taken note of the representations made at a press conference held by the Coalition of Northern Groups on the latest developments in the worrying failure to find solutions to the problems related to management of the livestock assets of Nigerians, particularly cattle of the Fulani. The Forum has also taken due notice of the intense reactions, which the statement by the Coalition, generated across the country.

“The leadership of the NEF has been contacted by a broad spectrum of interests and opinions to use its position to calm nerves and assist in the search for a practical and fair resolution of the situation.

“Interestingly, NEF has also received the decent and statesmanlike reaction of the chairman of Northern Governors’ Forum, His Excellency, Governor Simon Bako Lalong, Plateau State, in which he disclosed the Forum’s move to reach out to stakeholders in the matter including the Northern Groups represented by CNG. NEF also acknowledges that the Northern Governors’ Forum Chairman has also made similar overtures to its leadership and a meeting has been fixed for next week.”

The statement called on the Coalition of Northern Groups to “exercise responsible restraint and take no further action in view of the potentially productive involvement of Northern governors and other respected Nigerians. Most Nigerians recognise the genuine grounds for raising serious grievances in the light of provocations and apparent lack of sensitivity to a matter that affects the North and indeed the rest of Nigeria in a most critical manner.

‘no land in Otukpo for Ruga settlement’ – LGA Chairman