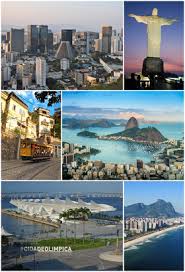 A former governor of Rio de Janeiro says he helped pay a $2m (£1.6m) bribe to secure the Olympic Games for the Brazilian city in 2016.>

Sérgio Cabral told a judge the payment was made to secure votes in the decision-making meeting in 2009.

He said that Carlos Nuzman, then the chairman of the Brazilian Olympic Committee, handled the negotiations.

In 2017, Mr Nuzman was arrested amid an investigation into the alleged vote-buying scheme. He denies wrongdoing.

On Thursday, he said the then-president of the International Association of Athletics Federations (IAAF), Senegal’s Lamine Diack, also served as intermediary in the alleged deal.

Mr Diack is to stand trial in France, having been arrested there in 2015. He has been accused of taking payments for deferring sanctions against Russian drugs cheats. He has previously denied wrongdoing, but has not yet responded to the latest allegations.

Both Mr Diack and Mr Nuzman were suspended from their roles, and later resigned.

Lula’s lawyers have said this is untrue. He has been jailed in a separate corruption case.

> Ongoing criminal investigations into alleged bribery – led by prosecutors in Brazil and France – have already implicated Mr Nuzman, Mr Diack and his son, and then-IOC executive board member Frank Fredericks however, no leading officials have admitted involvement until now.

> Cabral, who served two terms as Rio state governor from 2007 to 2014, spoke out during a hearing requested by his new defence team as he seeks a plea deal.

> He hopes the information might reduce the lengthy sentences faced by him and his wife, Adriana Ancelmo.

> They were jailed in connection with a corruption case involving the construction company that built the Rio Games.

> Several high-powered Brazilian executives and politicians have recently reduced their sentences through plea bargains and giving evidence against others.