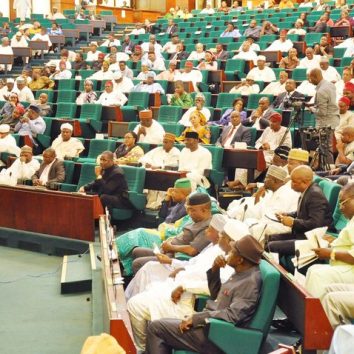 As a result of the recent calamity over list of the House of Representatives minority principal officers, as announced by the Speaker, Rt Hon Femi Gbajabiamila, some pro-democracy groups have urged the Speaker to remain unshaken, no  matter whose ox is gored.

The pro democracy activists, in separate interviews with journalists, yesterday, maintained that the 9th Assembly, under the leadership of Gbajabiamila must remain on the side of the law, get it right from the beginning by doing what is right and just in the face of the law.

“Nigeria is not a banana republic, which is ruled at the whims and caprices of individuals and groups of people, the House of Representatives has its rules as it concerns majority and minority principal officers and even selection of members into committees,  so, let the rule of law prevail,” the convener of Progressive Youths Association, Comrade Adeniyi Ojo, told our correspondent.

“We will not hesitate to organise mother of all rallies if we see any group that wants to make the House ungovernable for the Speaker,” Ojo threatened.

Another pro democracy activist, Comrade Hillary Johnson of Democratic Youths Movement also insisted that the rule of law must prevail and be obeyed.

“Gbajabiamila should beware of anti-democratic forces within and outside of the National Assembly that are planning to put banana peel on his footpath.

Many of them don’t mean well. The minority members in the National Assembly have endorsed those they trust, the majority must have their ways as stated in the House rules.”

In similar vein, the executive director of the Centre for Rights and Grassroots Initiative, Comrade Nelson Ekujumi, also advised the Speaker to follow the House rules on the principal officers of the minority parties in the chamber.

Ekujumi said, “I would advise the Speaker of the house of Representatives to follow the house rules in the appointment of principal officer of the house, no more, no less”

Police Beefs Up Security In Osun Ahead Of  Governorship Election Judgement