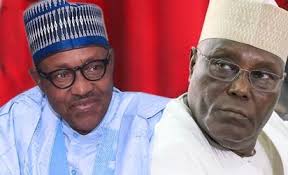 The development came as the PDP and Atiku told the Presidential Election Petition Tribunal yesterday that they had lined up 400 witnesses to prove their petition challenging the victory of President Muhammadu Buhari, and his All Progressives Congress (APC), at the February 23 poll.

But they have been given a 14-day period within which to call their witnesses and tender all relevant documents to prove their case.

The Justice Mohammed Garba-led five-man tribunal explained that the 14 days period is covered by paragraph 16(3) of the First Schedule to the Electoral Act.

However, lead counsel for the petitioners, Dr. Livy Uzoukwu, said as much as his clients had proposed 400 witnesses, they “intend to call as many witnesses as possible within the prescribed time.”

Uzoukwu also informed the tribunal that counsel representing the various parties in the case had also agreed that “we will tender and reserve objection till final addresses.

“What we have not agreed on yet is whether we will be given opportunity or isolate the preliminary objection from the main address.

“We are also not too sure on the length of time of cross-examination.”

Garba said the length of time for cross-examination “will be dependent on the circumstances and facts,” particularly the number of witnesses parties to the case intended to call.

“But we shall set a template for cross-examination which will not be sacrosanct. Like I said, it will be dependent on the circumstances.”

Among some of the proposition made by parties, which is subject to the approval of the panel, is that hearing in the substantive matter commences on Thursday, July 4.

Atiku and PDP are among three other petitioners challenging the outcome of the presidential poll that handed a second term to President Buhari.

They predicated their petition on some legal grounds, including substantive non-compliance with the electoral laws, intimidation and suppression of voters in stronghold of opposition, among others.

Atiku specifically claimed he won the presidential poll going by results obtained from a controversial central server of the Independent National Electoral Commission (INEC) and, as such, the five man presidential panel should nullify the election of Buhari and declare winner in his stead.

Related Topics:Buhari vs Atiku
Up Next

Housewife Begs Court To Dissolve Marriage, Says, ‘I Have Caught My Husband With Women On Our Bed’