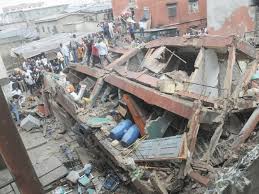 The Nigerian Institution of Civil Engineers (NICE), Lagos Chapter, on Monday urged operators in the building construction industry to continually be updated with new technologies and practices of the profession.

Mrs Omolola Adetona, Chairman of NICE, gave the advice during a ‘Project Management Training for Engineers’ organised by the institution in Lagos.

Adetona said that the aim of the training was to improve ability of the engineers to deliver on their mandates and be able to deliver projects that met international standards.

She said this kind of educational process would help the engineers to achieve the level of proficiency needed to enhance infrastructure development of the country.

Adetona reiterated commitment of the institution to ensure that its members would continually avail themselves with the current trends and methodologies in civil engineering profession.

She noted that the training was targeted at renewing and unveiling the new processes and systems in which the engineering practice were being conducted.

According to her, just as the world is evolving, the engineering profession is as old as human civilisation, evolving with each stage and phase of human settlements and culture.

“Driven by technology innovation, demographic growth, environmental change, a new economic order and a strong social and political desire for change, the world is changing quickly.

“The engineering profession does not exist in isolation and in a fast-changing world, the industry has the vital role of providing the requisite built environment to meet the challenges presented by these changes,’’ she said.

Adetona said it was necessary that the operators kept abreast with the new and modernised approaches of the profession to sustain their existence and relevance in the society.

Ajanaku said that for the economy to be sustained and attract FDIs, the infrastructure development of the country must be put in order.

He said that the current infrastructure development rate in Nigeria was appalling and suffered in quantitative and qualitative dimensions.

Ajanaku said that the nation’s infrastructure was in the state of decay, saying that little had been achieved over the years, despite the advocacy for better infrastructure facilities for the citizens.

According to him, deficiency in infrastructure development is one of the key issues that will constrain the Nigerian economy from being among the top 20 largest economies in the world by 2020.

“Nigeria has the largest road network in West Africa, with a total coverage of about 193,000 km, which is facing rapid dilapidation due to inadequate financing, poor management and maintenance.

Ajanaku said that infrastructure development was supposed to transform the economic landscape of a country, create significant number of new jobs and strengthen the delivery of basic services to the people.

According to him, civil engineers have the duty to advise governments, community representatives and environment agencies on matters connected with infrastructure development and resettlement of persons.

CBN And The New Account Opening Target For MFBs