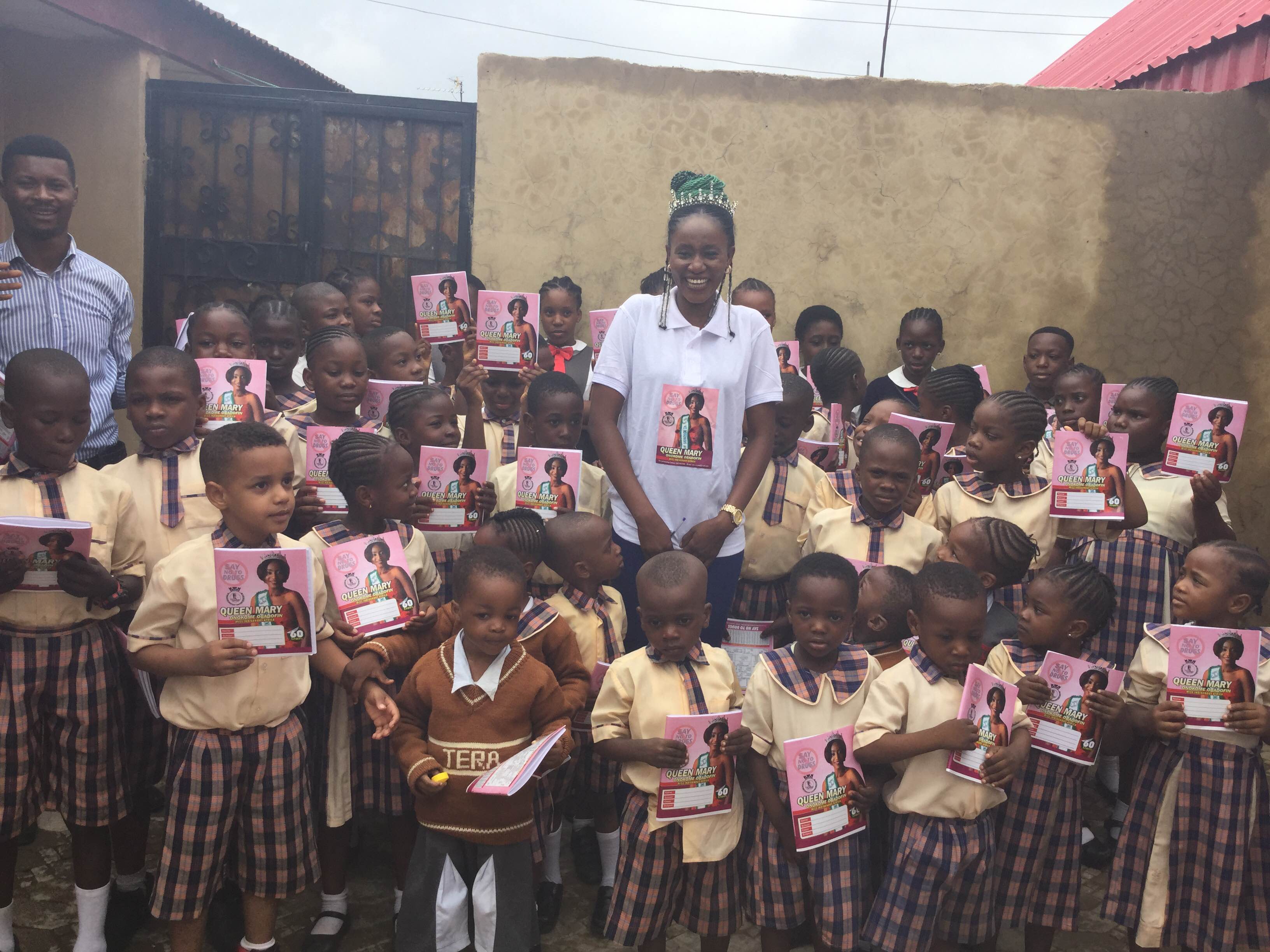 Obadofin who went with her team to Terrigem Toyal Excel Academy, Jahi, Abuja Municipal Area Council, FCT, said the rate at which drugs are abused by Nigerians, particularly young people including secondary school students is very worrisome and unacceptable.

She further stated that the essence of her visit to the school was basically to enlighten the students on the devastating damage drug abuse causes to health and future of those who indulge in it.

She said, “We are here in this noble citadel of knowledge, Terrigem Toyal Academy, to sensitize and create awareness of the menace called drug abuse. This is one of the dangerous practices that young people indulge in to destroy their health.

“We are pained with the dimension drug abuse is taking. This issue of drug abuse has heightened criminal activities in our country including terrorism, arm banditry, armed robbery, prostitution, examination malpractice, thuggery, cultism, kidnapping, and suicide as a result of depression associated with abuse of drug.

“We deemed it necessary to step up the campaign and is part of my project as Miss Indigenous Africa  (2018/2019) Beauty Queen to reach out to young people by educating them about the damaging effects that drugs including heroine, marijuana, solution, rochi, tramadol, and other hard drugs cause in the health and life of the users.

“We want youths to about these drugs and what are their effects including dropping out of school, insanity, health complications like tumours, kidney failure, rejection by society.”

She also tasked government to take the issue of drug abuse seriously and also establish well equipped rehabilitation centers for youth who are suffering from drug abuse and to see how they partner with organizations who are into such in order to add value to their lives and reintegrate them into their families and society.

The beauty queen also donated dozens of exercise books to the students in order to enhance their academics.

Also speaking at the event was the National Coordinator, Grassroots Empowerment and Justice, GEJ Initiative, Ebriku John Friday, who said it has become imperative for the campaign against drug abuse to be heightened following the negative impact it has on the society.

“We in Grassroots Empowerment and Justice, GEJ Initiative, will do everything possible to go down the grassroots of the country where must drug addicts and impacts are at the suburbs, squalors and villages who are used to perpetrate violence and terror.

“We commend the beauty queen Obadofin for her commitment and gesture by taking the campaign against drug abuse to schools. This will spread the message faster and change the attitude of young people”, Friday said.

Meanwhile, the Principal of Terrigem Toyal Excel Academy, Mrs Ijeoma Gift, who welcomed the beauty queen and her entourage to the school expressed gratitude and for choosing her school as one of the schools for the campaign in FCT.

Gift also stated that the sensitization would go a long way to impart positive values in the students who also will tell their friends, neighbours and family members about the negative impacts from drug abuse and how to avoid it.

Mary with her team

BBNaija 2019: What You Should Know About The Housemates?