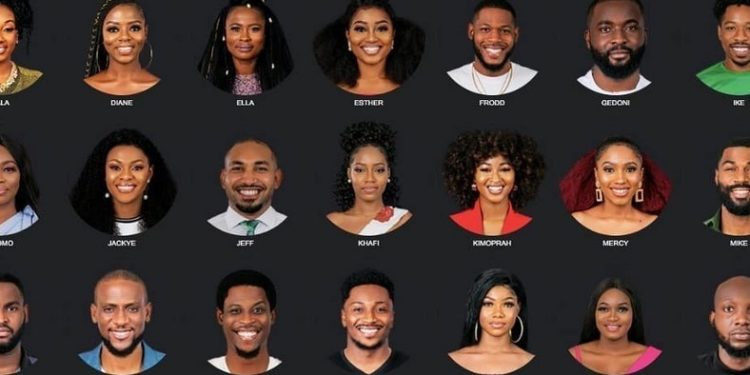 The fourth season of the Big Brother Naija (BBNaija) reality show kicked off on Sunday with 21 housemates.

It would, however, be interesting to get familiar with these housemates.

Seyi is a 30-year-old from Ogun state known as ‘The Doctor’. The grandson of Obafemi Awolowo is not single but in the house for the experience.

Isilomo Braimoh is a 27-year-old resident of Lagos who claims to be single and ready to mingle. She is an HR manager who has an MA in Human Resource Management with professional certification.

Saidat Balogun, “Avala”  is a 30-year-old from Ogun State who said she was in the show for the money. According to her, she is not single.

Steve Ikechukwu Onyema is 26-year-old  is Imo State, but bides his time between Houston, Texas, and Maryland, Lagos.

Tuoyo is a Psychotherapist, fitness coach and stripper. He  bluntly described himself as a flirt

Tacha is a 23-year-old from Rivers State. Although Social media has reacted to the choice of this very housemate, Tacha stated that she is in the house for the money.

Sir Dee is a banker and graphic designer from Kaduna State. He loves football, board games, and movies. He is in a relationship.

Omashola is a model and Entrepreneur, originally from Delta State but now calls Lagos home. He loves playing basketball, cooking. According to him, he enjoys being in  water despite the fact that he cannot swim

Nelson Allison, Mr. Universe Nigeria 2018, is single and looking. When he is not consulting or modelling, he enjoys sketch drawing, working out, watching movies and cooking.

28-year-old Mike is from Manchester and Lagos. He is married and openly declared his love for his wife.

Ekpata Gedoni is a fashion entrepreneur who likes to keep it simple with a dash of sophistication. The 31-year-old Cross Riverian enjoys basketball, soccer, taking walks and cleaning the house.

Thelma Ibemere is 26-year-old. She lives her life by one simple motto: “Only hang out with those who bring out the best in you, not the stress in you”. She is a Hair and Beauty practitioner. According to her, she is currently in a relationship

Kim-Oprah is a television presenter, she owns a business and her favourite book is ‘Smart Money Woman’ by Arese Ugwu.

Jeff is 30 and from Anambra. He wants to have fun and cause trouble with the ladies

Jackye is 23-year-old who has only had one boyfriend her entire life. She relaxes by watching football, playing games and eating spaghetti.

Diane is 23 and from Kaduna. She is a model and aspiring cook.  She said she is going to be herself and is in the house for the money. She added that she is a terrible dancer but loves dancing.

Ella Nnabuchi before now has been known in the entertainment industry. She was a runner up in a popular music talent search show and she’s a television presenter, voice-over artist, actress, and model. She also enjoys dancing, singing, reading, writing, travelling, and poetry.

22-year-old Esther, a lawyer and part-time hustler who was excited, said she was there for the money and fun.

Chemeka Frodd Okoye a 28-year-old  Investment Adviser and Sales Executive from Anambra State. He believes family is everything and that’s why he lists paying for his mother’s surgery bill as one of the proudest moments of his life.

Mercy is 26 and from Imo State. She is a video vixen who feels great and accomplished and hopes the guys in the house will match her expectations.