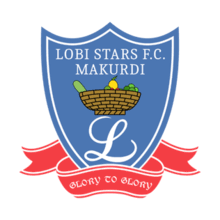 Lobi Stars striker, Austin Ogunye has stated that their Federation Cup quarter-final tie with Rivers United is decisive for their continental hopes.

The Pride of Benue beat Enugu Rangers 2-0 in the Round of 16 while the Pride of Rivers stopped the impressive run of Warri Wolves at the same stage to set up a mouthwatering last eight encounter.

“It is a decisive tie for us because we know it is the only route for us to qualify for the continent after the experience we had in the league,” Ogunye told goal.com.

“We know the importance of the game and we have been preparing very hard for it. We felt bad with the way we ended the season in the league but we know we are getting closer to our aspirations of winning the Federation Cup.
“We showed what we could do with the way we put the defending champions, Enugu Rangers to the way… Rivers United will be a tougher opposition but with our sights set on the ultimate target, no team can stop us now.”

Ogunye said that he won’t be available for the fixture because he has gone to attend the burial of their former coach, Solomon Ogbeide who would be buried this weekend.

“It is so unfortunate that I would have to miss the game because of the burial of our former coach, Solomon Ogbeide who will be buried this weekend,” he continued.

“We thought the Federation Cup quarter-final matches will be postponed because of his burial but it will go ahead. I know that my teammates will do everything to ensure that we win the game because it will be a fitting way to honour him.”