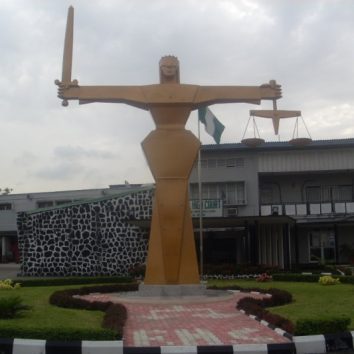 High Court of the Federal Capital Territory (FCT) in Maitama has sentenced a pastor and founder of Mountain Movers Ministry International, Nyanya, Abuja, Pastor Basil Princewill, to seven years jail term after his conviction for raping a 14-year-old girl.

Justice Hussein Baba-Yusuf, in a judgment on Tuesday convicted Princewill on two of the four counts contained in the charge on which he was tried.

Justice Baba Yusuf regretted that the defendant was cleric, who the society looked up to as next to God

The judge said as regrettable that a person who called himself a man of God was involved in such shameful, disgraceful and satanic act.

Justice Baba Yusuf said he took into consideration the fate of a young girl and the society in reaching his decision.

The judge was of the view that it was incumbent on the court to deter others with such an evil mind from engaging in such acts.

He added: “It is even worrisome when the person involved is a man of God who we should look up to as next to God. Those who serve in the Lord’s vineyard are expected to be an example to society.

“We have a duty to send a signal that this attitude should not be tolerated. It is regrettable that the person who called himself a man of God will be involved in such shameful disgraceful and satanic act.

Justice Baba Yusuf noted that by his conduct, Princewill deserved to be kept away from the public, adding that, “he would face the prison walls like a monastery so that when he comes out, he would have been born again.

“I believe the evidence of the PW2  (victim ) to be true and the PW1 (her mother) told the story in the same way the victim told the court too.

The judge added that out of the four-count charge preferred against the defendant by the prosecution, the defendant is convicted on count one, which is rape and count three which is abetment to cause abortion.

He held that though the convict denied raping the victim, his (Princewill’s) evidence contradicted itself, which informed why he should be convicted on the allegation of rape.

The judge discharged the defendant on the offences of impersonation and attempt to cause miscarriage, which the judge said the prosecution failed to prove the ingredients.

Princewil, who looked pensive all through the proceedings on Tuesday, was arraigned in June 2012 by the police a four-count charge bordering on rape, impersonation and attempt to cause abortion and abetting miscarriage.

He was said to have forcefully had sexual intercourse with a 14-year-old girl, Favour Iwoha, between July 27 and December 31, 2011 at Mountain Movers Ministry International and his house at Nyanya, Abuja, without her consent and impregnated her.

He was said to have subsequently given her drugs with a view to aborting the pregnancy.

The prosecution said Princewill, on or about January 2012, attempted to cause miscarriage on the minor when he gave her drugs to take and abort the pregnancy, which caused her to bleed.

In the course of the trial, the prosecution called four witnesses. It closed its case on December 9, 2016.

The defendant closed his case on May 24, 2017, having testified for himself without calling anyone.

After the judge pronounced Princewill guilty and convicted him, his lawyer, Kekere Akpe, pleaded with the court to temper justice with mercy, and that the convict was a first-time offender as well as a family man.

Prosecution lawyer, Simon Lough, urged the court to impose a sentence on the convict to serve as a deterrent for others. The Nation