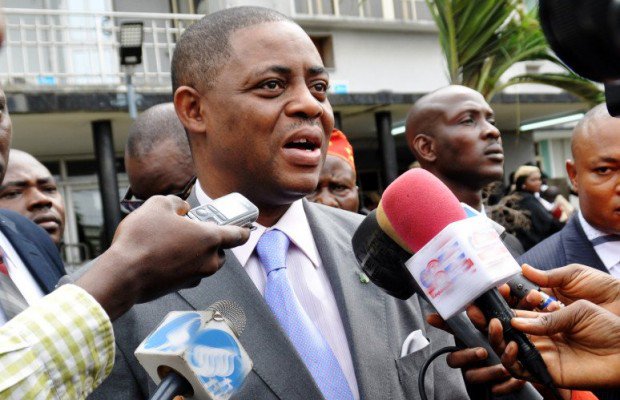 Former Minister of Aviation, Femi Fani-Kayode, has cursed the governor of Kebbi State, Atiku Bagudu for his alleged refusal to confirm Christian acting Chief Judge of the state, Justice Esther Kataru as the substantive Chief Judge.

Afripost recalls that the Kebbi Acting Chief Judge had petitioned the National Judicial Commission, NJC, over Bagudu’s alleged refusal to confirm her as chief judge.

But, reacting Gov. Bagudu while swearing in Justice Suleiman Ambursa as Acting Chief Judge of the state said that Kataru’s appointment was not confirmed due to alleged alteration of her date of birth and primary school certificate.

However, Fani-Kayode in a series of posts on his Twitter page on Sunday accused Gov. Bagudu of being behind the news of fake primary school certificate allegation against Karatu.

Describing Bagudu as a ‘religious bigot and misogynist’, Fani-Kayode said Bagudu pressurized the Speaker of the State House of Assembly to reject Kataru after the State Judicial Council had selected her and recommended her for confirmation.

The former minister wrote: “I have just spoken to the former Acting Chief Judge of Kebbi state, Justice Asabe Karatu and I confirm that what Gov. Atiku Bagudu did to her was utterly shameful. The allegation that she has a fake primary school certificate is false and she has since proved it.

“It was a lie cooked up by the Governor who pressurized the Speaker of the State House of Assembly to reject her after the State Judicial Council had selected her and recommended her for confirmation.

“Even the State House of Assembly itself later did a U-turn and offered to confirm her but the Governor again stopped them from doing so and quickly swore someone else in.

“Karatu has been in the state civil service for 38 years. She served diligently and with integrity. She is a pride to her Zuru people and to Kebbi state generally. Yet Atiku Bagudu wants to destroy her career and ruin her life all because she is a Christian and he is hell-bent on controlling the state judiciary.

“Bagudu has not appointed one Christian as either a Commissioner or Permanent Secretary since he became Governor of Kebbi. All that and he expects us to believe that he has no problem with Christians.

“The man is a religious bigot and a misogynist who wishes to control everything and everyone around him.I have a message for him: you have used your earthly power to destroy others but the God that we serve will expose you. shame you and vindicate Asabe Kataru”.