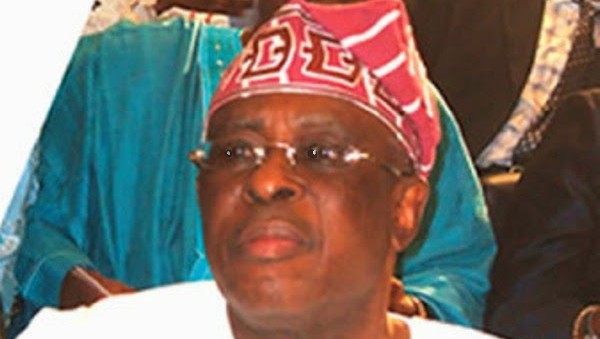 The speaker also lauded Osoba for his support during the last general elections and the fatherly role played during the state assembly speakership election.

Oluomo (APC-Ifo 1) gave the commendation after his visit to Osoba on Sunday in Lagos.

The speaker was accompanied by his Deputy, Mr Oludare Kadiri (APC-Ijebu North 11) and the Majority Leader of the House, Mr Abiodun Yusuf (APC– Ado Odo Ota 1).

Oluomo said Osoba would continue to be loved and respected as a selfless leader who devoted his service to the people of the state and the country.

The Speaker added that the 9th Ogun assembly would work with the executive and also the people of the state to ensure speedy progress.

He assured the people of the state that they should expect great deals from Gov. Dapo Abiodun-led government, adding that the House would become more attentive and responsive to developmental changes.

He also pledged the assembly’s readiness to improve on its appropriation and oversight functions to ensure adequate funding of projects.

Osoba noted that the growth and development of the state was important, saying that the dividends of democracy must cut all across the state.

He advised the leadership of the assembly to work together with the executive arm of government in ensuring that the expectations of the people were met.

SGF: Coalition Considers Appeal By Ohanaeze Ndigbo   As An Assault On The People Of North-Central Zone