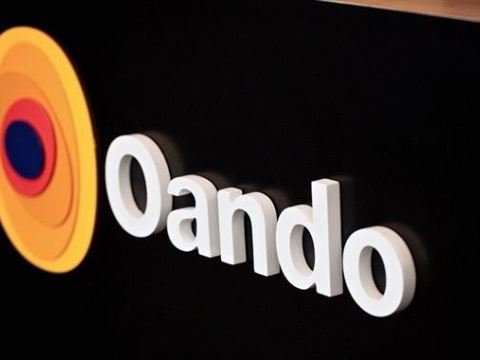 The feud between the Securities and Exchange Commission (‘the Commission’) and Oando Plc over operational infractions is far from being resolved as the regulatory body on Monday notified the public that the planned Annual General Meeting (AGM) of the embattled oil company scheduled to hold at Zinnia Hall, Eko Hotels and Suites on Tuesday, June 11, has been suspended till further notice.

The SEC said the cancellation sprung from the ex parte order of the Federal High Court, Ikoyi Lagos, in suit No: FHC/L/CS/910/19 IN MR. JUBRIL ADEWALE TINUBU & ANOR V SECURITIES & EXCHANGE COMMISSION & ANOR, the Annual General Meeting of Oando Plc (a company listed on the Nigerian and Johannesburg Stock Exchanges).

SEC also said that the suspension Oando’s AGM will allow the parties maintain status quo as directed by the court.

According to the Commission, it shall provide update for relevant stakeholders and the public on the outcome of the ongoing litigation.

Before now, Oando Plc has serially accused SEC of not giving it fair hearing on the protracted investigation and forensic audit which has consumed its top management and board.

But the regulator on Sunday affirmed that the quoted oil firm was given sufficient opportunity of being heard before it wielded the big stick.

The regulator also emphasized that all actions taken so far were solely to protect capital market investors and nothing else.

According to a statement from SEC, there were various opportunities available to the indicted top Oando management to defend themselves during the investigation and the forensic audit.

SEC said: “The attention of SEC has been drawn to various reports questioning the regulatory authority of the SEC, and insinuating lack of due process in the investigations of Oando Plc.

“To put the records straight, the SEC hereby states that fair hearing is a paramount and fundamental principle, which the Commission as a law abiding agency adheres to in all its investigative processes.

“In the course of the investigations, communications e.g. letters and phone calls were exchanged and meetings held between the Commission and Oando Plc, requesting for its comments and explanations on issues relating to the investigations. The findings of the Commission was communicated to the Group Chief Executive Officer of Oando Plc by a letter dated July 10, 2017.”

The Commission said it subsequently engaged Deloitte & Touche to conduct a Forensic Audit of the activities of Oando Plc.

SEC said in the course of conducting the forensic audit, Deloitte & Touche held regular sessions with members of the Board and senior management of Oando Plc, and afforded them the opportunity to provide explanations on issues relating to the audit.

“The Commission confirms that Oando Plc was given sufficient opportunity of being heard and accorded several opportunities to rebut the issues revealed by the investigation. The responses given by Oando Plc, were however considered unsatisfactory; prompting, the decision by the Commission to penalize the company and some of the individuals related to it for violations of securities laws.

“As the Apex Regulator of the Nigerian capital market, the Commission has a mandate to protect investors.

“The Commission’s recent action on Oando Plc aligns with the above cardinal mandate, as the directive for the removal of persons from the board of Oando Plc and the appointment of an interim management team to temporarily steer the affairs of the company is to protect investors and preserve stakeholder value.

“Failure or refusal of the Commission to act in the face of the serious issues thrown up by the investigations or to reverse its directives, would undermine the Federal Government’s agenda to build strong institutions and promote the transparency and integrity of the Nigerian capital market, especially given that, these are preconditions for attracting foreign investors to the Nigerian capital market,” the SEC added.