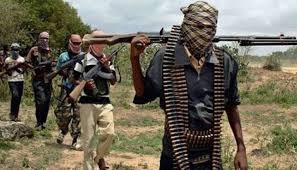 Reports indicate that no fewer than 50 people were killed in four villages in the local governments. The victims were buried yesterday according to Islamic rites, with Governor Aminu Tambuwal, SSG, Commissioner of Police, and some other government functionaries in attendance.

The witness said the bandits entered the town shooting sporadically, killing 18 people instantly while another seven later died. He added that 14 people were currently receiving treatment at the general hospital.

“Another two who were in critical conditions were moved to Usmanu Danfodiyo University Teaching Hospital (UDUTH), and another one to the Orthopeadic hospital in Wamakko,” the witness who pleaded for anonymity disclosed.

Also in Rabah local government, where Governor Tambuwal attended the burial rites, 25 people in Kalfu, Tsage, Rakonni and Geeri villages were killed in another attack.

Confirming the incident, the police spokesman in the state, ASP Sadiq Abubakar, said four suspects had been arrested.

He said: “four suspects have been arrested in connection with the weekend attacks; they are in our custody, and will sure help us in our investigation.”

A security source told our correspondent that a woman, pretending to have psychiatric issues, alleged to be an informant to the bandits, was among the four suspects in police custody.

Meanwhile, Governor Aminu Tambuwal, while condoling with survivors, mandated the Sokoto Zakat committee, Isa and Rabah local government councils, to come to the aid of the internally-displaced persons.

How Saraki Distributes His Severance Allowance To Leah Sharibu’s Family, Children Of Late Senators, Others