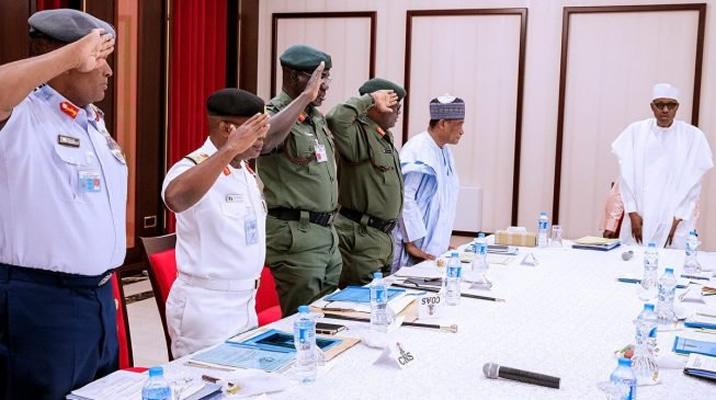 President Muhammadu Buhari is currently meeting governors of the 36 states of the federation, security chiefs and former governors at the Presidential Villa, Abuja.

The meeting commenced at about 11 am when President Buhari walked into the Council Chambers.

The Vice President, Yemi Osinbajo, the Secretary to the Government of the Federation, Boss Mustapha, and the Chief of State, Abba Kyari, are also attending the meeting.

Related Topics:Buhari in closed-door meeting with governors and service chiefsFeatured
Up Next

CAN Passes Vote Of Confidence On APC, Oshiomhole