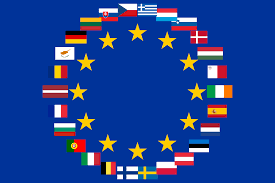 Ambassador of Denmark and EU Gender Champion in Nigeria, Jasper Kamp has urged the National Assembly and other stakeholders to ensure passage of the Gender and Equal Opportunity Bill in Nigeria.

Kamp, who represented the EU delegation in Nigeria, made the call on Friday in Abuja at a strategic meeting on “moving forward women participation in governance and politics in Nigeria”

The meeting was organised by the European Centre for Electoral Support (ECES) with the support of Federal Republic of Germany.

The EU Gender Focal Point Official said: “It is time to push for the passage of the Gender and Equal Opportunity Bill in Nigeria.

“I believe that a Gender and Equal Opportunity Bill in Nigeria would not only be beneficial but also necessary and soon.

“Nigerian cannot afford to leave women out of politics, if Nigeria does the country as a whole will suffer.

“It is scientifically proven that companies, governments, peace building efforts, economic growth and many more areas of society are substantially more effective and have longer lasting effects when there is equal representation by both genders.”

The envoy expressed concern that women had always been cheated by their male counterparts especially during party primaries.

“In the party primaries, many (women) were robbed of their rightful place on the ballots by the parties.

“I believe that this an issue that needs to be regulated by law and that Independent National Electoral Commission should be guardian of such principles or new law,” Kamp said.

He said that Nigeria needed to implement tools to improve women’s involvement in politics which could be minimum quotas for women in parliament.

“This is to ensure that the country comes to a self sustainable level of women in governance and politics as soon as the next elections, from where it can develop organically.

“There is no time to waste. This is in the common interest of all citizens of Nigeria,” he said.

Project Advisor, Gender and Inclusion, Preventing Election Violence and Education for Inclusion in Nigeria, an EU project, Carthy Latiwa, also advocated for effective participation of women in the electoral process in Nigeria.

“Effective participation of women in the electoral process remains a crucial challenge to be surmounted if Nigeria’s democracy is to be placed on a sound sustainable footing,” she said.

Latiwa  noted with concern that the outcome of 2019 elections which witnessed further decline in the number of women did not lend credence to genuine efforts of various stakeholders on the election.

“Given the central role of women in the development process and their immense potential to make a positive difference in governance, the continued political marginalisation  of women must come to an end.

“A situation in which Nigeria lags behind given women empowerment indices even by African standard is not acceptable.

“As the nation approaches the 2013 elections, all hands must be on deck to ensure that more opportunities are provided for women to win elections at various levels,” she said.