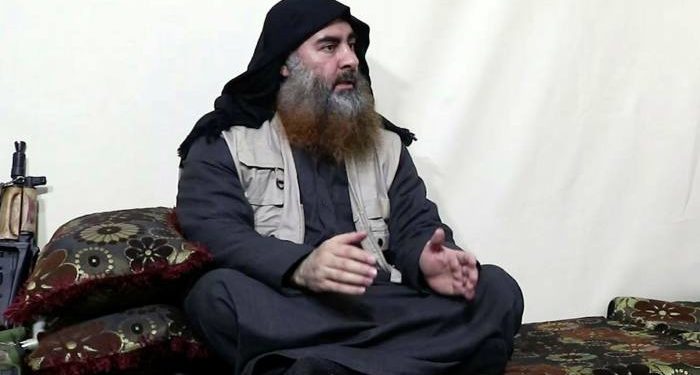 A prominent ISIS leader was killed by the US-led coalition air strike on Wednesday night in Iraq’s western province of Anbar as Special Forces ramped up efforts to fight the insurgent’s remaining sleeper cells.

Since the group’s territorial defeat in Iraq and Syria, the terrorists have gone underground, carrying out various attacks across the neighboring countries where it aims to expand.

“Air strikes targeted the tunnels where the insurgents were hiding killing six terrorists including the Emir [Prince] of Wiliayat (State) Al Jazeera, Abu Musallam Al Iraqi and two of their vehicles,” commander of Al Baghdadi tribal forces that operate in Anbar, Qatary Al Samarmad, said in a statement.

The attack were conducted in the Tharthar valley, located north west of Baghdad.

The operation is part of a security program set between the Iraqi army and local tribes that aims to combat the terror group, Mr Al Samarmad said.

Iraq’s army, backed by an US-led coalition established to defeat ISIS, has recently shifted away from major combat operations to areas they believe the insurgents are hiding.

The US-led action began after ISIS took over large areas of territory.

ISIS is active in rural areas across Iraq especially in isolated lands that give them the freedom to move and plan attacks.

They are known to be in areas such as the deserts of Anbar and Nineveh provinces and the mountains that run across Kirkuk, Salah Al Din and Diyala.

ISIS was born in cities like Fallujah in Anbar province, where a dwindling economy, unemployment and anger made it a fertile environment for extremists.

By 2014, its so-called “caliphate” had spread across Iraq and Syria.

The terror group still poses a threat to Iraq and officials believe its leader, Abu Bakr Al Baghdadi, may be hiding in the country.

The US warned in February of an ISIS resurgence and said it is essential to maintain a vigilant operation against the group’s sleeper cells.

“Hard-won battlefield gains can only be secured by maintaining a vigilant offensive against a now largely dispersed and disaggregated ISIS that retains leaders, fighters, facilitators, resources and the profane ideology that fuels their efforts,” said the former commander of US Central Command, Gen Joseph Votel.

At its height in 2014 and 2015, ISIS ruled over a self-proclaimed “caliphate” that spanned one third of Iraqi and Syrian territory and attracted followers from all over the world.

It ruled over millions in large parts of two countries