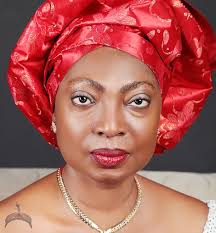 ….receives Certificate of Return from INEC

The Senator representing Northern Senatorial District of Cross River State, Dr Rose Okoji Oko, Thursday, stated that the 9th Senate would focus on bills that would imporve the lives of Nigerians in areas like healthcare delivery, quality education, job creation and other bills that would improve the economy.
Sen Oko who received her Certificate of Return for a second term of four years from the Independent National Electoral Commission (INEC), in Abuja, further said that to meet the expectations of Nigerians the 9th Senate would basically consolidate on the gains of the 8th Senate that had the highest number of bills passed into law so far.
She said: “The 9th Senate would consolidate on the gains of the 8th Senate. As you know we passed the greatest number of bills ever in the last Assembly. We would just continue in that vein, especially bills that would touch on the economy, bills that would expand the economy, bills that would create conducive environment to expand the economy.
“The next Assembly will concentrate on some of these critical areas that will help us to create a more conducive environment for education, health and the economy.
“We need to get the economy right, if we get the economy right, we can get the issue of job creation right, especially, if we are able to expand the economy into sectors that can create jobs for our teeming young people.
“There are very critical challenges that confront us now, even the issue of security, is because they are too many young people out there that have nothing to do, so it becomes very easy to use them as tools.”
Speaking on her representation of people in her senatorial district for a second term as elected senator she said it would be dedicated service and strong voice to present their issues effectively on the floor of the senate for the next four years and rendering impacting legislative service to Nigerians following daunting challenges ahead that she intends to use her good office to tackle and proffer solution.
She also encouraged younger women elected into the National Assembly to remain focus despite the new terrain and task ahead, and advised them to carry along their husbands to easy some burdens at home and in office.
“I believe that going forward into the next Assembly I would just do those things and do them better.
“For the young women that are coming in, the times have changed, for me all my children were grown up, I started quite early, so before I actually came into active politics everybody was out of the house and it was just myself and my husband at home. And so it was much easier.
“But times have changed but young people can actually participate in politics, reorder their priorities well and pay enough attention to the home and they should carry their husbands along, so that they can buy in and help them into the political process, because it is quite demanding, in terms of your time, in terms of your attention and all of that.

“So with the technological age that we are in now a lot of young people can find time to actively participate in politics also. And we actually do encourage them because you know we are even fewer now than we were in the last assembly, which is quite unfortunate”, she said.

Related Topics:Senator Rose Oko
Up Next