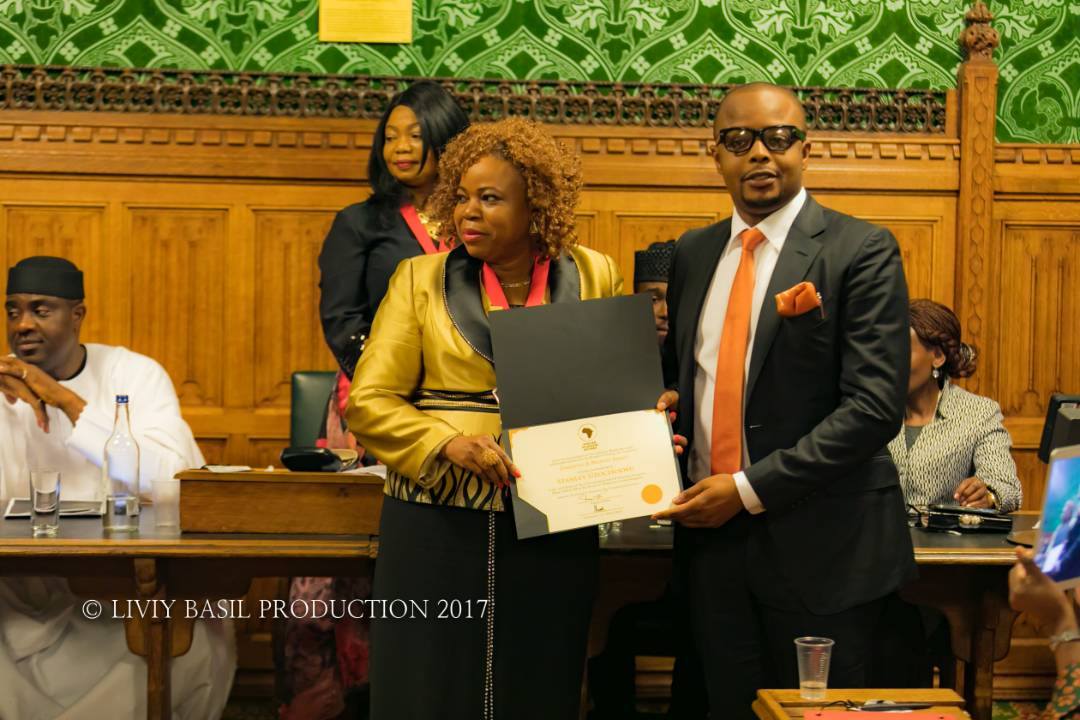 The most African prestigious Award for great African achievers according to Forbes rating, was hosted by renowned British Labour Party politician, Diane Julie Abbott at the United Kingdom House of Parliament on Thursday, November 30, 2017.

Stanel Boss sitting close to Rtd Hon. Diane Abbott during the Award ceremony in the UK

The Nigerian business magnet and philanthropist won the 2017 African Achievers Awards for his outstanding achievements in the areas of job creation, reaching out to and putting smile on the faces of widows, orphans, Internally Displaced Persons (IDPs),

Prison inmates, people with disabilities and, of course, his contribution to child education in Nigeria.

Uzochukwu received the Award under the category of enterprise and business impact in Nigeria.

Stage Is Set For Kwara’s Digital Switch Over – Lai