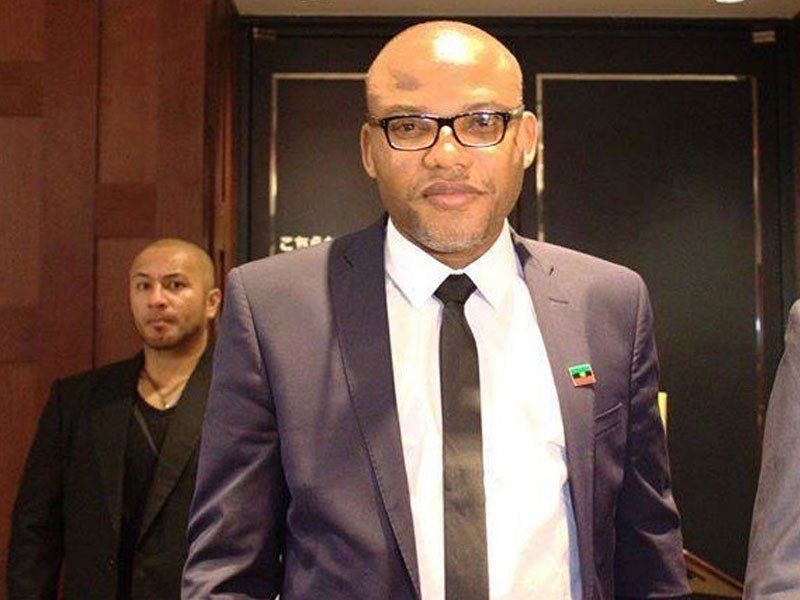 The leader of the Indigenous People of Biafra (IPOB), Nnamdi Kanu, has alleged that the leaders of the apex Igbo organization, Ohanaeze Ndigbo, were behind the gunman attack on worshippers in St. Philips Catholic Church, Ozubulu in Anambra state.

He made the allegations while addressing IPOB members who paid him a visit at his Umuahia residence yesterday.

According to him, Ohanaeze leadership allegedly accepted financial inducement from anti-Biafra individuals and organization to divide the opinions of South-easterners through various media statements so that terror could be unleashed on the people already divided in thoughts.

He further dismissed the reports that claim the shooting was a product of on-going feud between two overseas-based drug barons of Igbo origin.

“When we ask you not to vote, people don’t understand. Those you are voting for cannot protect you. I warned you four years ago that a time will come when they would come into your house, your villages to massacre you and nobody will protect you. It has happened. Hasn’t it?

“They want us to vote in Anambra where they are killing our people; where they cannot protect us.

“The only reason why they want you to vote is because of the monthly allocation so that they can keep sharing money every month.

“Do you know why they killed people at Ozubulu?

“The enemies are very clever. Since, I came out of prison they could not attack. They were waiting to drive a division between us and the politicians in Abuja; and your governors; and Ohanaeze Ndigbo.

“When they saw that we (Igbos) were together, they couldn’t do anything. They kept waiting. They kept giving them (South-East governors and Ohanaeze leadership) money to attack IPOB.

“The moment they started doing what they were told, the enemies knew it was the time to strike.

“Our people are not reasonable enough to understand the threat facing them.

“Tell me where in this world you have a governor like you have in Anambra, and the enemy will come and strike.

“The killing in Ozubulu is an example of how the enemy works. They first of all come and try your resolve and when you resist them, they use subterfuge to divide you. Once they see any space, they strike. Ohanaeze must know this.

“Ohanaeze Ndigbo is responsible for the death of the people in Ozubulu.